Media must take neutral stand in every aspect of society: Odisha CM

Media is expected to prioritise the real issues of people rather than politics. It essentially should be the voice of people, says CM Naveen. 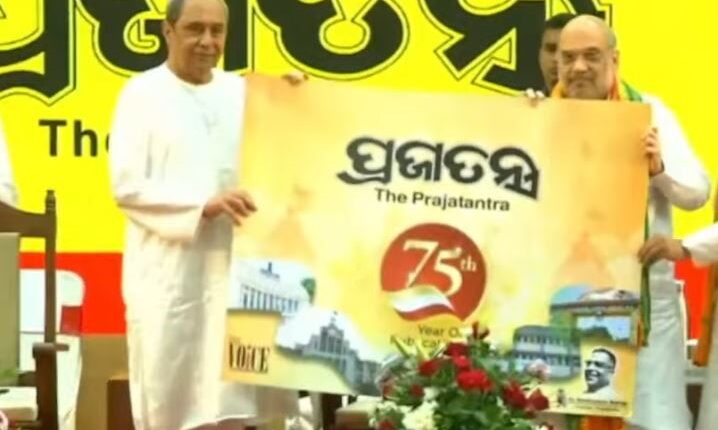 Cuttack: Being the voice of people, media must reflect the democratic values and take a neutral stand in every aspect of the society, opined Chief Minister Naveen Patnaik here today.

Addressing an event on the occasion of the 75th anniversary of leading vernacular daily ‘Prajatantra’ at Indoor Stadium here, Patnaik said, “Media being the voice of the people must reflect our democratic value system and take a neutral stand in every aspect of society. Whether it is print, electronic or social media, it is the duty of every media house to maintain dignity and keep the secular principles in mind.”

The role of Media in a democratic society can hardly be overemphasized. It should endeavour to uphold our great cultural heritage and moral values and promote national integration and communal harmony. Media should discharge its duty without any fear or favour.

The CM further stressed that media runs on the basis of people’s trust. It is therefore expected to prioritise the real issues of people rather than politics. Media essentially should be the voice of people.

“India is led by a strong democratic value system. Our country stands tall on this foundational principle. Our democratic values have helped us to steer successfully through all the trials and tribulations in the course of these 75 glorious years,” he said.

Stating that truth and non-violence are the cardinal principles that guided the country’s freedom struggle, CM Naveen called upon everyone to take pledge together to preserve and strengthen the values in every sphere of society.

IT engineer goes missing while bathing in Derjang dam; rescue operation on