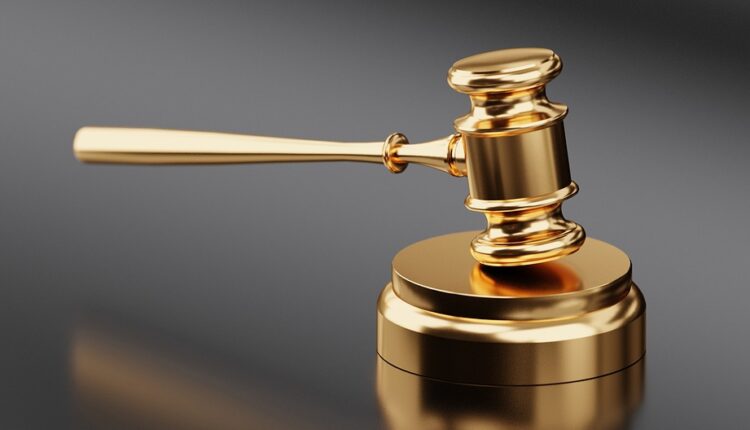 On September 21, 2022, amid growing incidents of hate speech, the Supreme Court expressed serious concern over the absence of an effective institutional mechanism to regulate the media and questioned the role of TV anchors in giving airtime to hatemongers. “Where is our nation headed”, asked the Supreme Court orally. A bench comprising Justices KM Joseph and Hrishikesh Roy was hearing a batch of eleven writ petitions which seek directions to regulate hate speech and pointed out that the role of the anchor is very important in controlling hate speech in channel debates.

Wondering why the government stood as a “mute spectator” to hate speech, the court asked it to spell out its stand on the recommendations made in the Law Commission’s 267th report (2017) to deal with the menace. The law commission in its 267th report made recommendations for provisions for prohibiting incitement of hate speech and prohibiting causing fear, alarm, or provocation of violence through such speech.

Justices K M Joseph and Hrishikesh Roy minced a few words: “Hate drives TRPs, drives profit.” And when politics fuels and legitimises that hate, judicial interventions are unlikely to work. A new law on hate speech, as the court has suggested, runs the risk of being challenged — and violated — every second given the ceaseless cycle of news and social media.

The court advised enforcing guidelines on what is hate speech or what is not on Twitter or YouTube. Indeed, the court feels that there is a formidable record of evidence to show how several IPC provisions meant to check hate speech — including Section 153 (A) or 295 (A) — end up being weaponised by the state and its agencies to curb dissent. Both these sections i.e. 153A and 295A are related to religion, the distinction being that the former deals with creating enmity between two groups and the latter lays down provisions for those who insult a group or religion.

The bench feels that it must judge every instance of hate speech in its own context. Nothing is a stronger deterrent against hate speech than those in power speaking up against it, calling it out every time, without fail. Not much will be achieved by lecturing TV channels on the power of love when they have discovered the profit in hate.

While the print media is regulated by the Press Council of India constituted under a law enacted by Parliament, the TV news industry is largely self-regulated by the News Broadcasting and Digital Standards Authority (NBDSA) set up by the National Broadcasting and Digital Association (NBDA) and Broadcasting Content Complaints Council (BCCC) set up by the Indian Broadcasting Foundation (IBF). The only government regulation for the TV industry is in the form of the Programme Code and Advertisement Code under the Cable TV Network (Regulation) Act which largely put the onus on cable operators.

Recently, highlighting the need for having more sensible debates and content-rich debates on television instead of mere shouting matches, Union Information and Broadcasting Minister Anurag Thakur said to redefine the media as a trusted source of news, and information. He said the biggest threat to mainstream media is not from new age digital platforms, but rather the mainstream media channel itself. If you decide to invite guests who are polarising, who spread false narratives, and who shout at the top of their lungs – the credibility of your channel goes down, he said.

But neither the Supreme Court nor Anurag Thakur talks about the proximate cause of such aberration of media. They point out only symptoms but not root causes. Who is creating the atmosphere of hatred and why? Again, such hate speech was unheard of in the previous government, why is it now? All media try to make a profit and it is natural to do so. They resort to sensational news but not news that will trigger hatred. No one wants to create hatred nor invite someone as a guest who will incite violence and hatred. Again, people don’t like to see such a detestable debate, so it does not fetch advertisement too.

This means that media houses and anchors are browbeaten to create hatred. They are pressurized on the issue of guests. They are asked to invite guests as dictated by the ruling class. Hence, there is a need to ascertain who is putting pressure on the media to create hatred and invite such hatemongers. Certainly not opposition parties as they neither can pressurize nor allure by providing the advertisement. Definitely, who is in power and who can give veiled threats or can provide enormous advertisements? So, Anurag Thakur himself can see the speech and discussion of his own party spokesperson and the role of the party’s media cell and the IT cell.

A lot of hate is being created through social media. By various parties especially the IT cells. Anyone who criticizes the government or points out mistakes is taunted by BJP spokespersons or supporters such as Communists, Congressmen, Maoists, and negative people. Now independent thinking, critical thinking, dissent, and constructive criticism are discouraged. If Prime Ministers can dub environmentalists as urban Naxal indirectly, then what can you expect from media today?

If the ministers will write in favour of their government, leaders, and parties, and kill space meant for writers, critics, or columnists, then the media that survives on government advertisement cannot maintain independence and will dance to the tune of the ruling dispensation.

Now, channels are showing many programmes which are extraneous and meant to kill time so as to camouflage the failures of the government. They are deliberately showing emotional issues to divert the attention of people from real problems plaguing nations. The media is not deliberately discussing extensively problems like pervasive poverty, gruelling hunger, staggering unemployment, extreme inequality, hyperinflation and unfettered price rise, and regressive taxation plaguing the masses.

What is distressing is that journalists are not asking questions to powerful people and ruling classes. Probably they are not allowed. There is competition among journalists and intellectuals to support blindly the government’s wrong policies. As a result of which, the voices of the voiceless are decimated. What is reprehensible is that PM Modi is not holding a press conference.

There was an allegation in court against BJP leaders Anurag Thakur, Kapil Mishra, Parvesh Dharmendra, Abhay Verma, and others for inciting communal conflagration in North East Delhi in February 2020 between supporters and opponents of the 2020 Citizenship Amendment Act. The petitioners claimed that during a rally on January 27, 2020, Anurag raised a slogan, “Kill the traitors”. However, the court dismissed the case.

Surprisingly, the Election Commission has not taken any action against not only the media but also the parties and leaders who are creating an atmosphere of hatred and violence during the elections. The commission said, “They have no law to revoke the recognition of the parties concerned for this.” In Indian law, those who promote hate speech are prosecuted under section 153(a) of the Indian Penal Code. 153(a) of the Indian Penal Code deals with wantonly giving provocation with intent to cause a riot.

As the media propagates these hatreds affecting billions of people, Indian democracy is impaired and enfeebled in the environment of polarizing politics. The grave danger for Indian democracy and the biasness of media stems from the findings that “Attitudes toward political leaders are strongly correlated with levels of trust in news,”. Modi supporters are more ‘trusting’ of news coverage in India. In other words, in India, the report found that those who evaluated prime minister Narendra Modi “favourably” were “much more likely to be generally trusting towards news than untrusting”.

Published by the Reuters Institute with the support of the Facebook Journalism Project, the report, titled Overcoming Indifference: What Attitudes Towards News Tells Us About Building Trust, was released on April 2021, by the Trust in News Project, which studies the level of trust people repose in digital news.

Using survey data from Brazil, the US, the UK, and India, the report examines three groups based on their varying degrees of trust in the news: the “generally untrusting”, the “selectively trusting”, and the “generally trusting”. The surveys were done by three independent firms – Datafolha in Brazil, Internet Research Bureau, and Kantar in the US and UK – in May and June this year.

The grim reality of Indian media is reflected in successive World Press Freedom Indexes published by the global media watchdog, Reporters Without Borders (RSF). India has fallen eight places from 142nd to its lowest ever 150th in 2022 among the 180 countries.

India’s position has been consistently falling in the index since 2016 when it was ranked 133. In last year’s report, India was ranked 142. The top three positions for countries with the highest press freedom were taken by the Nordic trio of Norway (a score of 92.65), Denmark (90.27), and Sweden (88.84).

It means the reasons behind the fall in the ranking are the increased “violence against journalists” and a “politically partisan media”. Another reason behind the fall in the ranking of India is pressure from Government. According to the index the media in India, among nations reputed to be more democratic, faces pressure from “increasingly authoritarian and/or nationalist governments”.

Although the policy framework is protective in theory, it resorts to using defamation, sedition, contempt of court, and endangering national security against journalists critical of the government, branding them as “anti-national.

India is the world’s most dangerous country for media persons. Journalists are exposed to all kinds of physical violence including police violence, ambushes by political activists, and deadly reprisals by criminal groups or corrupt local officials. The situation in Kashmir remains “worrisome” and reporters are often harassed by police and paramilitaries.

The success and survival of democracy depend upon the transparency and impartiality of media. This seems to be elusive in India under the present regime. People are going to be deprived of getting the correct information and are likely to be misled.