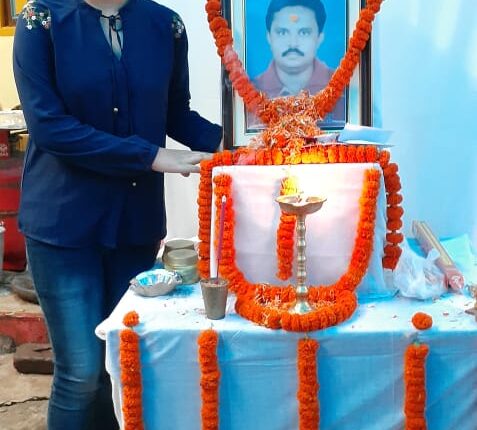 Balangir: A pall of gloom descended on Tikrapada village in Balangir district after a medical aspirant ended her life reportedly in grief of her father, who had died of COVID-19.

The family lost two members in over a month during the pandemic.

According to reports, Jaynarayan Satpathy, a resident of Tikrapada village, was living happily with his one son (6) and one daughter (18). The tragedy struck the family when Jaynarayan, engaged at the Ordnance Factory in Balangir, died after being infected with COVID-19.

He breathed his last at a COVID hospital on September 20 in Bhubaneswar. His only daughter Rituparna, who was preparing for medical entrance after successfully clearing Plus II examination to become a doctor, was completely broken inside and entered into trauma following the loss.

The 18-year-old girl, who wanted to fulfil his father’s dream, reportedly decided to meet him in afterlife.

On November 11, she reportedly hanged herself with a rope inside her study room to end her life.

The incident deeply shocked the family, relatives and residents.