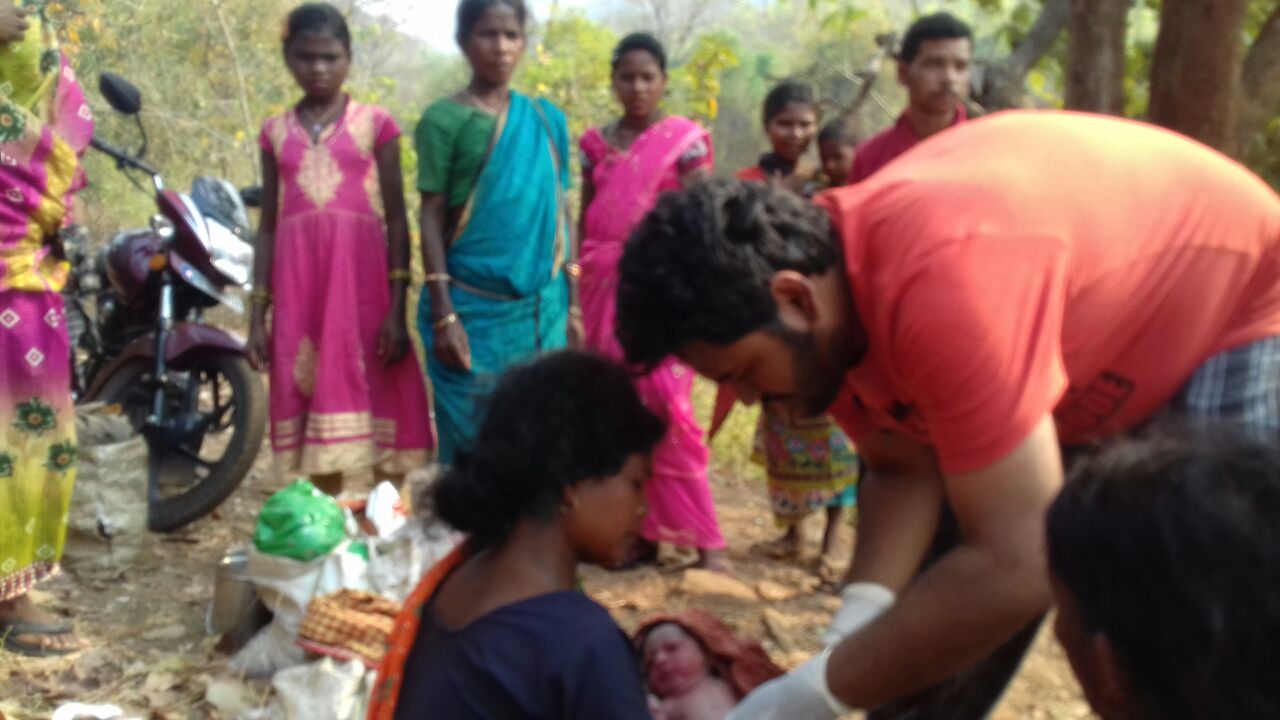 Kandhamal: Even as several instances are found on ambulance failure and medical negligence in remote villages, a dutiful doctor posted in tribal district of Odisha has become inspiration for his service.

Dr Yajnadutta Rath set an example by saving two lives in dense forest of Kandhamal district. He assisted an expectant mother for delivery in forest after reaching the spot in time.

According to reports, Dr Rath climbed a mountain on his feet after receiving information about a pregnant woman, who was suffering from labour pain at Palam forest under Tumudibandh block in Kandhamal district.

Responding to an emergency call, Dr Rath rushed the spot and found the woman identified as Satadadu Rait, the wife of Pramod Rait of Palam village, in the forest.

Without making delay, he helped the patient for delivery and brought the woman and her newborn safely to the Tumudibandh Community Health Centre for treatment. The condition of both mother and baby girl is stated to stable.

The locals expressed gratitude to the doctor for his service and praises poured for him following the incident.

Reports said that woman could not be brought to the community hospital for delivery as the ambulance did not reach the village due to poor condition of the road. The family members decided to rush her to the hospital via forest route. However, they could not move further inside the forest as the woman went into severe labour pain.

Earlier, similar incident was reported from Malkangiri district where Dr Omkar Hota carried an expectant mother at Sarigeta village to hospital in a cot in November last year.

Odisha: Pregnant woman carried on stretcher due to lack of…