Meet the American in love with graceful Mahari style of Odissi 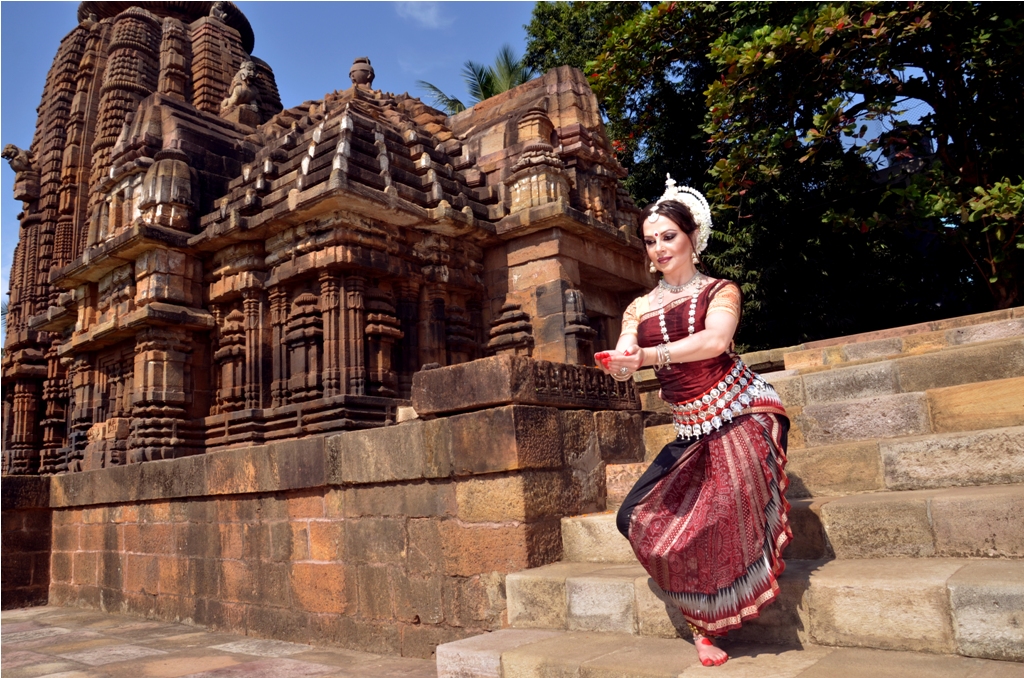 Bhubaneswar: Every two years, this American packs her bags and heads for Odisha to soak in the magic of the Temple City and Odissi, her route to spiritual enrichment.

Odissi dancer Moria Chappell is in the city for three dance festivals, starting today. At the 2nd Bimohana Kala Samman at Bhanja Kala Mandap, she will be performing ‘Radha Rani’ with fellow dancer Douglas Ridings. At the Odissi International Festival by Samskriti beginning December 18, she will be presenting a group and a solo dance on fourth and fifth day of the event respectively. Her Odisha tour will end with the four-day Odisha Tourism’s International Odissi Festival from December 26.

Moria is a student of Guru Ratna Roy, the last of the few dedicated to the Mahari (Debadasi) style of the legendary Guru Pankaj Charan Das.

Her quest to become an Odissi dancer and search for a guru show her love for the classical dance form and dedication to the Mahari style.

So impressed she was with the reference to an Odissi dancer in the story of King Siddhartha or the Gautam Buddha that she travelled alone to Odisha in 2007 in search of a guru. “I was to accompany two American Odissi dancers, who were students of Sujata Mohapatra, to Odisha. However, they had a change in their plan and instead travelled to Canada, where she was holding classes. I wanted to explore Odisha and find my guru here. I asked my mother for $300, booked a hotel online and landed here with no definite plans, no address,” said this professional belly dancer.

She approached the hotel staff for help and they asked her to visit the Odissi Research Centre across the road. “I was in Odisha for two months and there was no programme where they could accommodate someone for such a short period. But they allowed me to sit through the classes. The teaching methodology attracted me further to the dance form,” she said ruing absence of online information on Odissi gurus during those years.

Her mother soon joined her on this trip and they travelled across the state, visiting temples and discovering the heritage hues. “The beautiful temple sculptures strengthened my belief that Odissi was indeed one of the oldest and the most feminine classical dance form,” she said.

However, the trip proved futile and she returned home without finding a guru. “In the US, people told me about Ratna Roy. I had looked for a teacher there earlier and had found none. So, I was convinced that to find a guru, I have to travel to Odisha again,” she said.

Later, she decided to visit Ratna Roy at Olympia in Washington. “The interaction with her, the concept of Maharis, the beauty in the Odissi style, I had found my calling. I decided to move to Olympia and started classes under her while continuing with my belly dance performances,” she said.

To her, Odisha was soft, sweet and graceful and she identified it with the Maharis. “Spirituality was in the abhinaya and not the footwork and Pankaj Charan Das’ style won me over,” she said.

Moria fondly remembers her visit to the last Mahari, Shashimani, in Puri with her Guru. “She couldn’t see properly then. But the moment she heard us, she started crooning and portraying the love between Radha and Krishna through abhinaya and mudras. I fell in love with her,” she said.

Her love for Bhubaneswar can also be traced to Chausathi Yogini temple. “The tantra and yoginis, their stories are powerful and sublime. I am planning a coffee table book on it,” she said.

Moria feels lucky to have been accepted by people of Odisha. “Odias are sweet and soft just like Odissi. They have supported me as an artiste and also took care of me when once I feel ill during a mardal training session here,” she said.