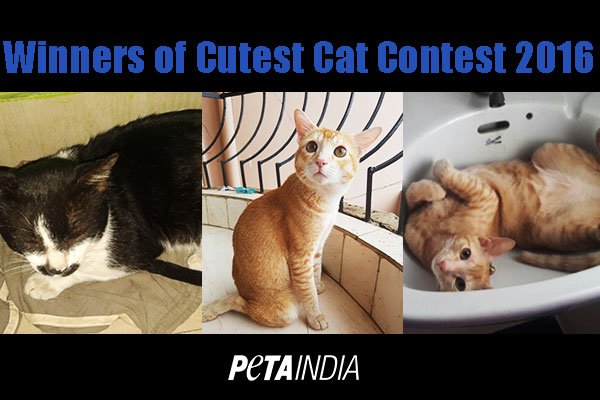 Baba Ghanush— the cat from Odisha’s Cuttack— has edged out the contenders vying for India’s ‘Cutest Rescued Cat Alive’ title to bag the second runners-up award.

After sifting through hundreds of photographs of lovable cats – as well as their rescue stories – the judges for People for the Ethical Treatment of Animals (PETA) had shortlisted 10 finalists. Whini, Mustard and Baba Ghanush have been declared as winners for first, second and third positions respectively.

“While we recognise that all of the Indian cats in our competition were worthy of the title (the judges are still recovering from “purrfect overload”), the results are in, and Whini has won!” PETA said.

Cuttack resident Abhishek Prusty had rescued Baba Ghanush after he was bitten by a dog. Now he is healthy and loves to play and cuddle. “He once [got bitten] by a dog”, says Prusty. “We fended off the dog and rescued him. He is strong.”

Whini has been adjudged as the winner. The guardian of the lucky kitty— Swetha Priya— will receive a certificate, a “My Cat Is a Rescue” T-shirt, a PETA T-shirt, a cute cat toy and a copy of PETA founder Ingrid E. Newkirk’s book 250 Things You Can Do to Make Your Cat Adore You.

Similarly, the first runner-up has been chosen as Mustard, whose guardian is Nandini Baruva of Guwahati. The feline will receive a copy of Ingrid’s book, a second-place certificate, a “My Cat Is a Rescue” T-shirt and veggie-shaped cat toys.

The top three kittens will appear in an upcoming issue of Animal Times, PETA India’s magazine for members.

PETA India is holding the contest to encourage prospective guardians to adopt animals from the streets or shelters instead of buying them from pet shops or breeders, as these facilities often keep animals in dismal conditions and contribute to the homeless-animal overpopulation crisis. Animals in pet shops are also often bought on impulse and discarded when buyers tire of them.

Congress thanks people for making Odisha bandh a success