Meet UP IPS officer who has adopted a school 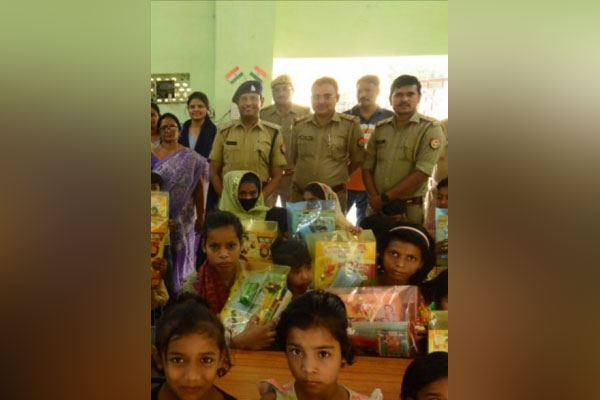 Lucknow: Additional Deputy Commissioner of Police (ADCP) Chiranjeev Nath Sinha has become the first police officer in the state to adopt a school.

Sinha has adopted a primary school in Aminabad area after taking due permission from the Basic Shiksha Adhikari.

It is noteworthy that Chief Minister Yogi Adityanath had asked state officials to adopt a school and encourage children to enrol under the ‘School Chalo Abhiyan’.

“I visited my adopted school on Tuesday and even taught the children for some time. I gave them books, copies, stationery, toffees, biscuits and masks. I will be regularly visiting the school and making efforts to upgrade facilities through my own resources,” he told IANS on Wednesday.

Sinha is known to be a passionate animal lover. He had made headlines when he fed stray animals during the Covid lockdowns.

He was also appointed brand ambassador of the Lucknow Zoo and he encouraged the “adopt an animal” scheme. He has been working for environment and animals along with his regular police duties.

Google Maps to include toll prices for Indian users

Hairstyles to beat the summer heat