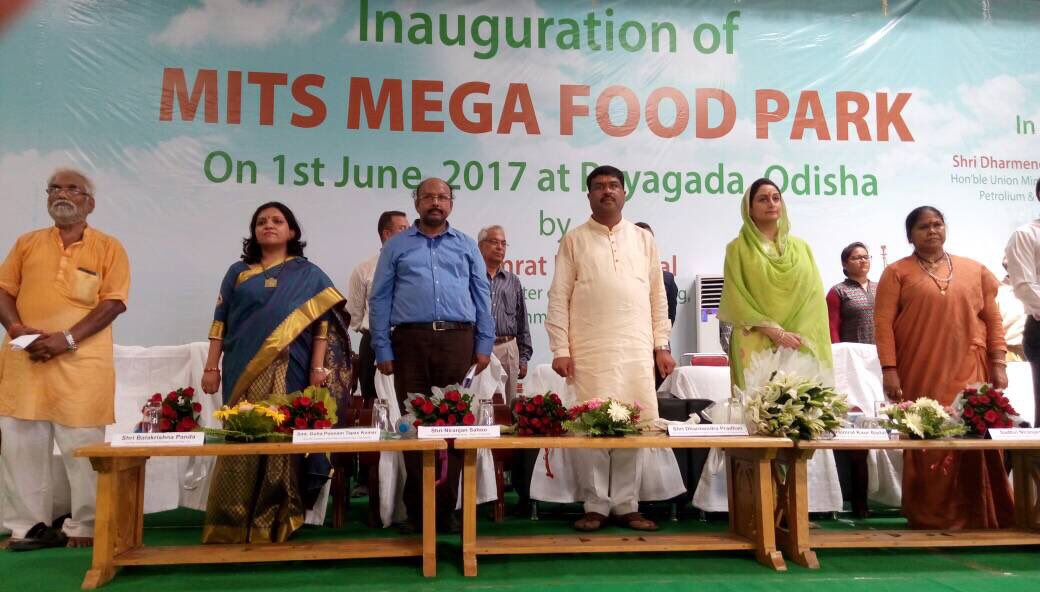 Odisha got its first mega food park on Thursday, inaugurated by Union Food Processing Industries Minister Harsimrat Kaur Badal, but the absence of Chief Minister Naveen Patnaik and other state ministers at the inauguration set off a political row.

Chief Minister Patnaik and other ministers skipped the function at Rayagada district, with the ruling Biju Janata Dal (BJD) claiming he was not invited.

Union Ministers Dharmendra Pradhan and Sadhvi Niranjan Jyoti were present at the event.

MITS Mega Food Park Pvt. Ltd. has been set up on 50.05 acres of land at a cost of Rs 80.17 crore. The central government has provided financial assistance of Rs 50 crore to the project, Badal said.

Badal said her ministry is focusing on boosting the food processing industry so that the agriculture sector grows exponentially and becomes a major contributor to doubling farmers’ income.

The park also has a common administrative building for office and other use by the entrepreneurs and six Primary Processing Centres (PPCs) at Kashipur, Padampur, Umerkote, Koraput, Digapahandi and Khordha having facilities for primary processing and storage near the farms.

Badal said the Mega Food Park will leverage an additional investment of about Rs 250 crore in 25-30 food processing units in the park and generate a turnover of about Rs 450-500 crore annually.

The park will also provide direct and indirect employment to 5,000 people and benefit about 25,000 farmers in the CPC and PPC catchment areas.

The absence of Chief Minister Patnaik at the inaugural function fuelled controversy with both BJP and BJD trading charges over whether or not the Chief Minister was invited. The BJD termed it a breach of protocol.

“In a federal set up, the Chief Minister is head of the state and the chief guest at any government programme. Unfortunately, nobody bothered to take his consent for the inauguration of the food park in Rayagada district. This is violation of protocol,” BJD spokesperson Sameer Dash said.

However, Badal rejected the allegations saying the Chief Minister was invited to the function.

“I personally talked to Naveen Babu over phone before I left Delhi yesterday and invited him to the event. He also assured me of attending the programme or sending two ministers as his representative,” Badal said.