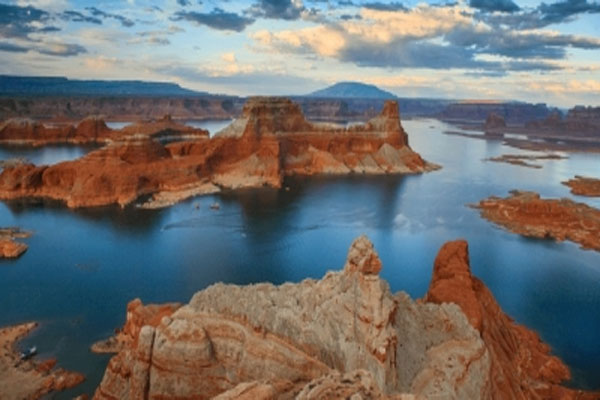 Washington: Due to a megadrought gripping the western US, the water levels at Lake Mead, the country’s largest reservoir serving 40 million Americans, have dropped to a historic low.

An original intake valve of the reservoir that began supplying Nevada customers in 1971 was exposed for the first time, reports Xinhua news agency.

“It’s official — the top of Intake No. 1 is now visible and the low lake level pumping station is now operational,” the Southern Nevada Water Authority said in a tweet.

The low lake level pumping station is a back-up system completed by the water authority in 2020 that draws water from deep lake areas to feed thirsty customers downstream.

“When the lake hit 1060 (feet above sea level), that’s when you could start to see the top of the intake number one,” Bronson Mack from the Southern Nevada Water Authority told CNN.

It is one of the largest man-made lakes in the world on the Arizona-Nevada border, 25 miles east of Las Vegas, according to Atlas.com.

The dam generates electricity for parts of Arizona, California and Nevada, producing on average about 2,074 megawatts, which is enough electricity for about 8 million people, according to the Western Area Power Administration.