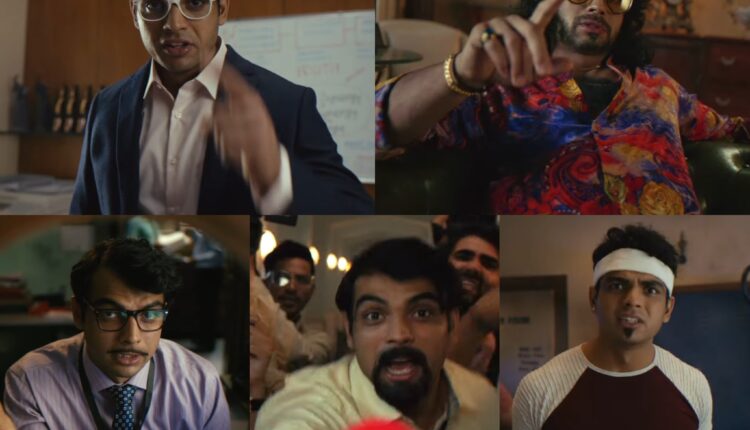 Bhubaneswar: Tokyo Olympics Gold medalist Neeraj Chopra has taken the internet and social media by storm with his new looks in the recently released advertisement of CRED fintech company.

The beauty of the narrative is in the digs that Chopra’s on-screen characters take at the humongous spike in his popularity after the Olympic gold medal. He even breaks into a crazy jig at the end of the advert.

It opens with actor Jim Sarbh talking about the benefits of CRED and how excited he is, drawing parallels with the country’s excitement around Chopra after his historic win. The shots that follow show Chopra appear as a marketing guru, Bollywood personality, banker, reporter, and finally as a sportsperson talking about the fan frenzy surrounding the javelin thrower.

Twitteratis have reacted to the advertisement video with memes Below are some of those.

Neeraj bhai too good..
Matlab too good to be an actor. pic.twitter.com/6NBEMdlvEa

Viral Video: Men force their ‘hesitant’ friend to take COVID vaccine as he tries to escape

International Day for Eradication of Poverty 2021 Theme, Significance, History and…

NASA’s Lucy mission onboard to explore…