Men in Blue take much ‘needed’ day-off before Cuttack ODI 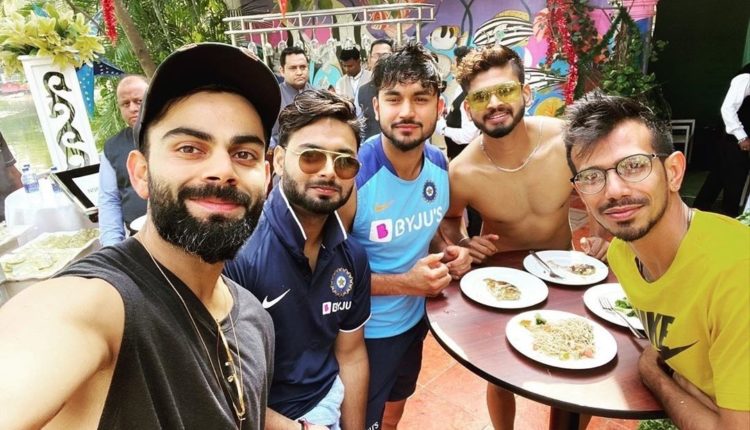 Bhubaneswar: Team India had to put in extra efforts, both with the bat and in the field, to level the ongoing three-match ODI series against the West Indies in Visakhapatnam.

After their grueling effort on Wednesday, the hosts arrived in the state capital on Thursday where they were accorded with a traditional welcome. The two teams have got a three-day gap before the series decider to be played in Cuttack on Sunday.

And with no practice scheduled for Friday, the Men in Blue utilised the opportunity to get the much “needed” break to refresh themselves. India skipper Virat Kohli put some pictures on social media where he is seen enjoying the “day off” with his teammates.

“A day off and an afternoon with the boys is exactly what we needed,” Kohli wrote along with the pictures he put on Instagram.

After facing a crushing eight-wicket defeat in the first ODI in Chennai, the Men in Blue came out with a much-improved performance in the second match.

While they first put a solid show with the bat, riding on brilliant centuries from Rohit Sharma and K.L. Rahul, it was followed by a fiery burst from Rishabh Pant and Shreyas Iyer in the death overs. The hosts then rode on record-breaking hat-trick from left-arm chinaman Kuldeep Yadav to bowl out the visitors for 280.