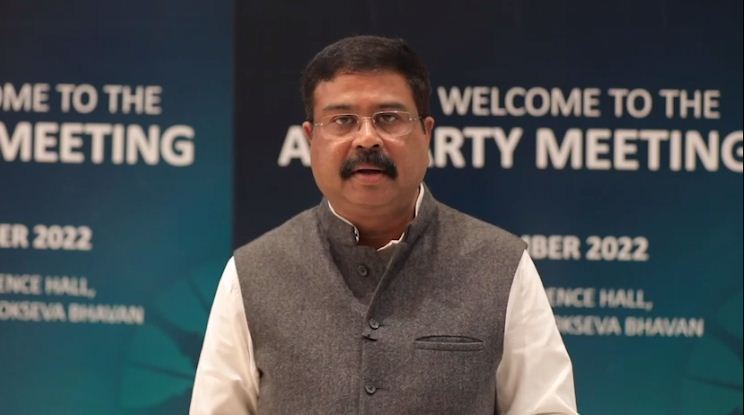 Bhubaneswar: The glorious history of hockey in Odisha and the organisation of two successive men’s hockey world cups in the state will be included in the NCERT books.

This was revealed by Union Education Minister Dharmendra Pradhan after participating in an all-party meeting for the smooth organisation of FIH Hockey Men’s World Cup-2023 in Odisha.

The Union Minister also urged the state government to promote the tradition and culture of Odisha during the mega sporting event.

“Seven sportspersons from Odisha had participated in the last Olympics. The state government and we all should try to create at least 100 good quality athletes in Odisha by 2036 to represent the country in the Olympics,” Pradhan said.

The Union Minister put emphasis on people’s participation for maintaining cleanliness in Bhubaneswar and Rourkela, the two venues for the FIH Hockey Men’s World Cup-2023.

He proposed the state government to prepare coffee table books on the culture and history of Odisha in the languages of 16 countries participating in the mega event.

He also suggested for the branding of Rourkela-Bhubaneswar railway line for the promotion of the men’s hockey world cup. “The state government should take the necessary steps to gift our handicraft goods to the players of the tournament. Millet-based foods should be served to the players,” said the Union Minister.

Hockey is the most popular sports for the tribal youths of Odisha. The organisation of men’s hockey world cup in Odisha will promote our culture and tradition across the globe, added the Union Minister.

55 more Trauma Care Facilities to be established along national highways in the State: Odisha govt