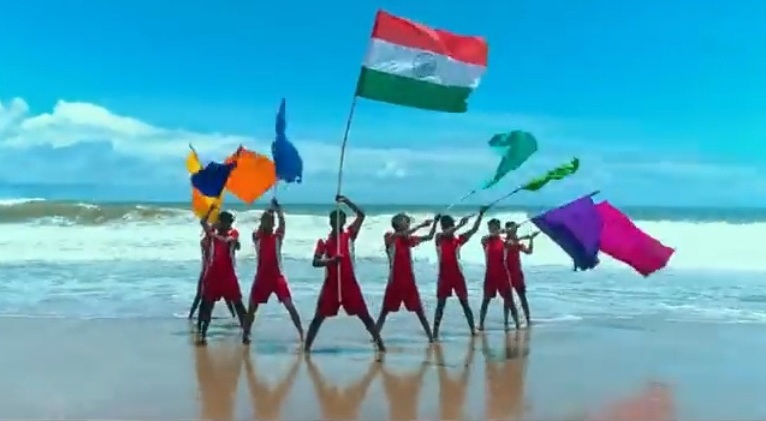 Released on the social media handle of Sports and Youth Services, Government of Odisha on the occasion of Diwali yesterday, the song is fast becoming popular among the Odia netizens.

Every Cup needs a song. Here is one for Odisha!Presenting the Odia cheer-up song of the Odisha Hockey Men's World Cup Bhubaneswar 2018 by Mika Singh . #AsaKaribaBobaal #Premiere #Odisha2018 #HWC2018Hockey India

Posted by Sports and Youth Services, Government of Odisha on Tuesday, 6 November 2018

“We did thorough research and produced the video in 30 days, after looking at all the previous promotional content and keeping the audience impact, in mind. We have tried to incorporate hockey in the traditional symbolism of Odisha to appeal to the local population. This is a song of celebration. This is a song aimed at creating a wave of interest for hockey,” said Susant Mani, the director of the song.

This song is popular Bollywood singer Mika Singh’s debut Odia song who loved the track of the song and said that the tune was unique, fast and catchy.

“We recorded the song in four hours and Mika listened to it for 6-7 times before singing it. He was a little conscious about the Odia diction but managed it well. We tried out various vocal versions of this song, before settling on this one. This song is for all Odias,” said Manav Rath, creative director of the project.

Nila Madhab Panda, the producer of Odia cheer song, believes that Men’s Hockey World Cup 2018 is an arriving moment for Odisha. “It is a great time in the life of every Odia. Odisha will be noticed by the world and we hope to put our best foot forward in welcoming the players, fans and tourists so that they have an amazing experience here. Moreover, it is a great time for us Odias to cheer, celebrate and revel in the Hockey fever. I am glad that I could be a part of a project that made a contribution in this regard,” he said.

Ollywood singer Lipsa Mahapatra has also sung for this song, the lyrics of which have been written by Sachin Dasburma along with music composition by Goodly Rath.