MISCELLANYSCIENCE & TECHNOLOGY
Sambad English Bureau Published On : May 30, 2022 at 2:00 PM 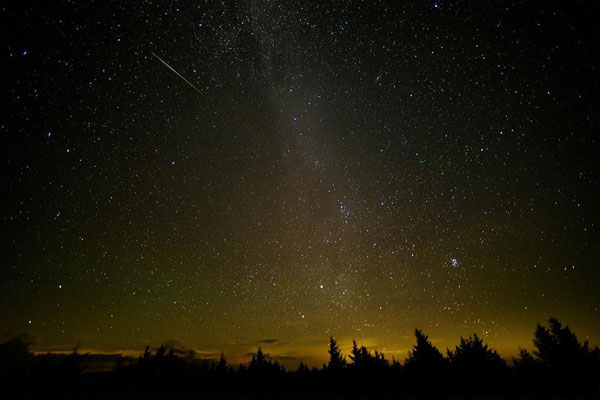 Washington: Stargazers and space enthusiasts living in the North American region are likely to witness meteor showers, according to NASA.

Named ‘tau Herculid’ shower, it is forecast to peak on the night of May 30 and early morning of May 31. However, it is not a sure thing, the US space agency said.

“This is going to be an all or nothing event,” Bill Cooke, who leads NASA’s Meteoroid Environment Office at NASA’s Marshall Space Flight Center in Huntsville, Alabama, shared in a NASA blog post.

Meteor showers are caused by streams of comet and asteroid debris, which create many more flashes and streaks of light as Earth passes through the debris field.

The tau Herculid shower, if it takes place, will be from a comet known as 73P/Schwassmann-Wachmann, or “SW3, which orbited the Sun every 5.4 years. Discovered in 1930, SW3 wasn’t seen again until the late 1970s, as it was so faint. It was seeming pretty normal until 1995, when astronomers realised the comet had become about 600 times brighter and went from a faint smudge to being visible with the naked eye during its passage.

Further investigation revealed SW3 had shattered into several pieces, littering its own orbital trail with debris.

In 2006, it was in nearly 70 pieces, and has continued to fragment further since then.

If it makes it to Earth this year, the debris from SW3 will strike Earth’s atmosphere very slowly, travelling at just 10 miles per second — which means much fainter meteors.

“If the debris from SW3 was travelling more than 220 miles per hour when it separated from the comet, we might see a nice meteor shower,” Cooke said.

“If the debris had slower ejection speeds, then nothing will make it to Earth and there will be no meteors from this comet,” he added.

Most particles are no bigger than dust and sand. Hitting the upper atmosphere at speeds up to 45 miles per second, they flare and burn up. On any given night, the average person can see from 4 to 8 meteors per hour.

“Meteors aren’t uncommon,” Cooke said, adding, “Earth is bombarded every day by millions of bits of interplanetary detritus speeding through our solar system.”

“It’s a perfect opportunity for space enthusiasts to get out and experience one of nature’s most vivid light shows,” Cooke noted.