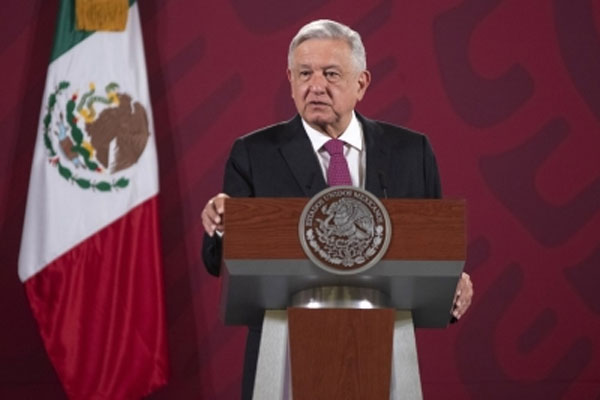 New Delhi: Mexico won’t be taking part in the international pile-on to sanction Russia over its invasion of Ukraine, as President Andres Manuel Lopez Obrador has said, he seeks to keep his country on peaceful terms with all nations, RT reported.

“We are not going to take any sort of economic retaliation because we want to maintain good relations with all the governments of the world,” Lopez Obrador told reporters.

He added that remaining neutral will put Mexico in a position to “talk with the parties in conflict”.

The Mexican leader’s position on the Ukraine crisis marks a novel diplomatic strategy as other nations around the world — including former Warsaw Pact nations such as Bulgaria and Romania — join the US in trying to punish Russia.

Choosing neutrality could strain Mexico’s close relationship with Washington, but Lopez Obrador has been critical of US foreign policy.

Even as it tries to avoid alienating its dominant trading partner, the US, Mexico also aims to maintain economic ties with Russia and Moscow’s Latin American allies. Russia’s Lukoil this year bought into an offshore oil project in Mexico, and Lopez Obrador said on Monday that his country will keep its airspace open for Aeroflot’s flights to Mexico City, RT reported.

Mexican Tourism Minister Miguel Torruco was widely criticized this week for posting a Twitter message offering “warm greetings” to Aeroflot and noting that “tourism is synonymous with peace, friendship and understanding between peoples”. He added that Russian tourist visits to Mexico more than doubled last year to over 75,000.

Belarus President accidentally reveals Moldova will be invaded next