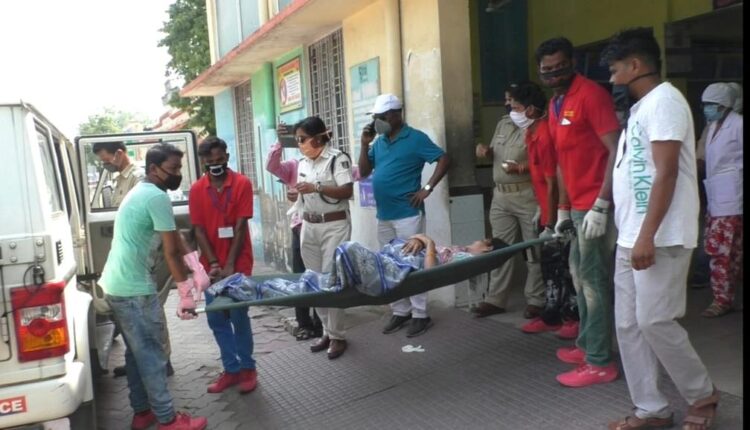 Jharsuguda: Hours after a woman travelling in Kazipet-Balangir ‘Shramik Special’ train delivered a baby girl at Titlagarh railway station, another migrant woman on-board another ‘Shramik Special’ train went to labour and with the help of police personnel she later delivered a baby in their vehicle today afternoon. This was informed by DGP, Odisha Abhay in a tweet today.

As soon as the pregnant woman went to labour in the special train, co-passengers alerted railway officials about the matter. Subsequently, the Jharsuguda police was intimated about the situation.

When the special train was stopped at Jharsuguda station, the local police took the pregnant woman in their vehicle to the Jharsuguda DHH. However, on the way to the hospital, the woman delivered a baby in the police vehicle with the help of Jharsuguda IIC Savitri Bal.

Hospital sources said condition of the woman migrant and her newborn are stable.

Eid celebrations to be low-key affair in Odisha