Milk to be ‘integral’ part of midday meal scheme soon 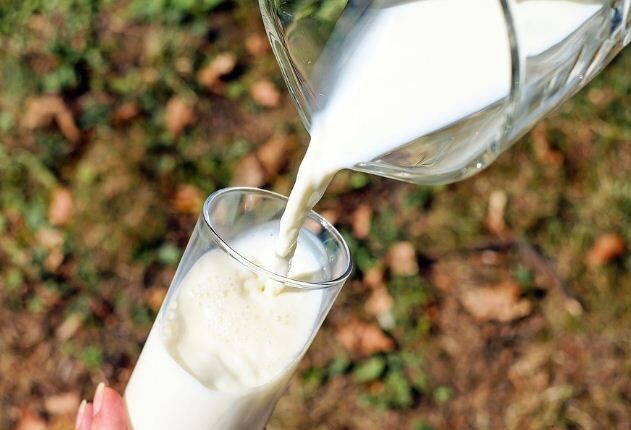 New Delhi: Milk will soon be an integral part of the midday meal scheme to ensure proper nutrition to all students in government schools across the country, which is in tune with Prime Minister Narendra Modi’s aim to make a malnutrition-free India.

The Women and Child Development (WCD) and Education Ministries are working in a coordinated way to meet the Prime Minister’s vision of providing nutritious meals to the students in government schools.

All the officials linked to the departments concerned dealing with the policies have been directed by both the ministries on the 3rd ‘Rashtriya Poshan Maah’ to expedite changes in midday meal by including milk soon after the schools resume functioning with attendance by children.

The Prime Minister had in 2018 launched ‘Poshan Abhiyaan’– a robust scheme which has been playing an important role in eliminating malnutrition from the country.

On this ‘Poshan Maah 2020’, Modi’s government planned to focus on an intensive campaign across the country for the holistic nourishment of children with severe acute malnutrition, Union Home Minister Amit Shah said in a statement.

In this regard, an official, requesting anonymity, told IANS that the Education Ministry may come up with a revised menu for midday meals scheme, that will include milk as an integral component.

All the state governments have been told to implement the new midday meal policy which includes milk.

Earlier, the then HRD Ministry had revised its midday meal policy in 2016.

In order to give better quality food to children in schools where midday meals are provided, the HRD has revised its norms, that include milk as a necessary supplement.

WCD Minister Smriti Irani on Monday assured Vice-President M Venkaiah Naidu that the central government would consider recommending to all the states to “include milk in the midday meal scheme”.

Irani’s assurance came after Naidu earlier in the day suggested to her to add milk in breakfast or midday meals of children to improve the nutritional level.

The Vice President spoke with Irani on the 3rd Rashtriya Poshan Maah aimed at contributing towards a malnutrition-free India.

An official in the Education Ministry told IANS that all students from Classes 1 to 8 in all government schools will be given 200 ml milk every day along with the midday meals.

As per the official, this policy as is similar to the one issued in 2016 and then HRD Ministry direction to states in 2018 in which many loopholes were reported in its implementation.

The states were earlier also directed to include milk and milk products in the midday meals so that these items could be procured from cooperative milk unions or federations.

The Animal Husbandry, Dairying and Fisheries Department also took up the issue with the state Chief Secretaries on December 15, 2017, requesting them to consider supplying milk and milk products through their network under midday meals scheme of the Centre.

Karnataka, Madhya Pradesh, Haryana, Puducherry, and Gujarat have confirmed supply of milk through schools but some states with higher surplus stocks of milk powder like Rajasthan, Maharashtra, Tamil Nadu, and Punjab are yet to decide in this regard.

Almost two decades have passed since the midday meal became a part of the daily routine in government schools across the country.

The central government had received complaints earlier on about inclusion of milk in midday meals. As per government norms, every child should receive 150-200 ml milk. However, there have been complaints that one litre of milk was mixed in a bucketful of water to serve to more than 80 children in a school in rural Uttar Pradesh. Some videos have also gone viral on the social media regarding the said incident.