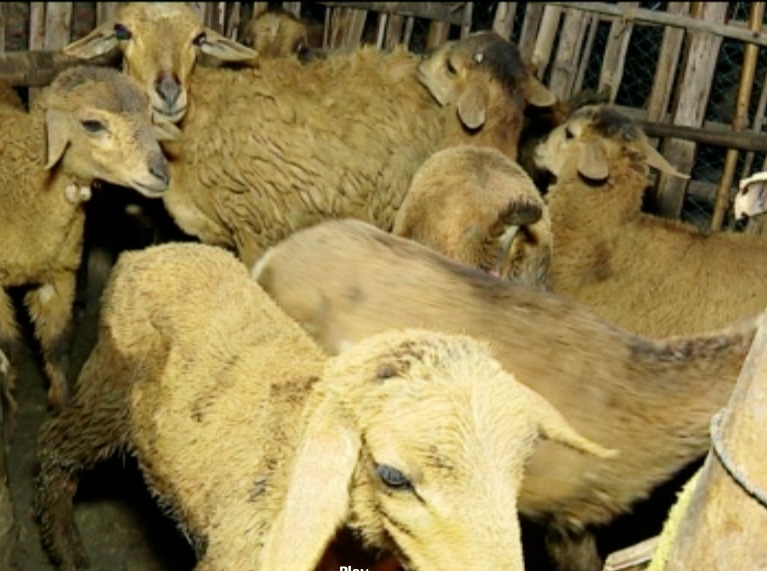 Cuttack/Bhubaneswar: While Odisha Animal Husbandry Minister Damodar Rout today sought a report from the Chief District Veterinary Officer (CDVO), Cuttack into the killing of a large number of sheep under mysterious circumstances in Niali area, Cuttack District Collector Nirmal Chandra Mishra has asked officials to form a special team to investigate the matter.

“I spoke to the CDVO who said that they suspect the killer of sheep to be a wild animal like wolf. The killing of sheep is true but the killer only taking away the liver of the sheep is false. I asked him why the killer is only killing sheep and not goats. He said that since goats have horns it’s not attacking them for they too can pierce it with their horns. He said that it has killed about 150 sheep and last night it too has attacked in four-five villages. I have asked the CDVO to send a report,” said Rout speaking to reporters.

Mishra has asked officials to set up a team to investigate death of sheep.

The team would consist of local tehsildar, local police inspector, forest officials. Some villagers would be also taken into the team, Mishra said adding that the wild animals could be coming from nearby Bhanra forest.

“CCTV cameras will also be installed at sensitive places if needed,” he said.

“Preliminary reports available with me from the Forest Department team comprising of DFO and Forest Range Officers which had tried to catch the killer using traps suggest that it could be a pack of wolves. Though the team had failed to catch them, they suspect it to be a pack of wolves from their pugmarks. People should not believe in rumours,” said Mishra further said.

“We will form village defence force with volunteers from among the youths of the affected villages along with policemen and men from the Forest department. We will guard the paths through which these wild animals are coming into the villages,” said Madhab Chandra Sahu, S P Cuttack (Rural).

We are not fighting for water, but for life of Mahanadi:…

Servitors ’cause’ behind delay in Sri…