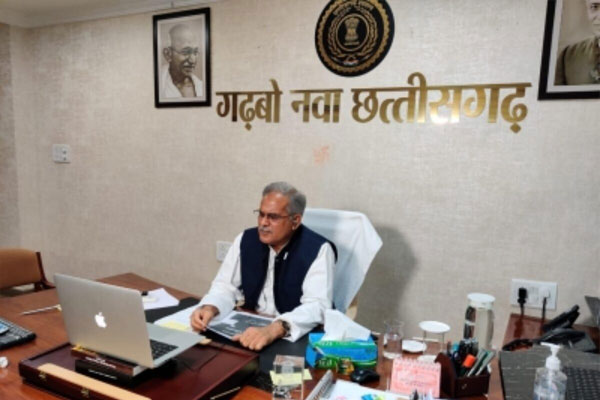 Ministers, MPs and others attended the event via video conferencing while the Chief Minister did the inauguration from his residence in Raipur as the first flight landed from Hyderabad at the Jagdalpur-based Maa Dantewashwari Airport.

Odisha to auction seven mines by August this year

Baghel said in his address that the air service will unleash major opportunities for the development of Bastar division.

The air service will promote tourism and play a key role in medical emergencies, he said. It will also help in the development of banking and telecom sectors in the Bastar region.

An Amcho Bastar Canteen was also opened at the airport terminal, which will be run by families affected by Maoist violence.

The Jagdalpur airport has been developed over an area measuring 57.6 hectares. The air strip is 1,704 metres long and 30 metres wide.

These flights will be operated daily. The fare for Hyderabad to Jagdalpur is Rs 1,405 and Rs 1,270 for Jagdalpur to Raipur.

The foundation for the Jagdalpur airport was laid in 1939 during British rule.