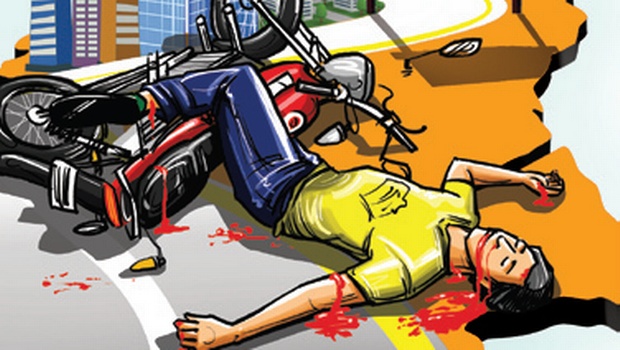 In a tragic incident, two persons, including an old man, were killed and an old-woman sustained injuries when a bike on which they were travelling was hit by a mini truck near Gopalpur Chhak under Bhatli police station in Odisha’s Bargarh district today.

According to reports, the accident took place when the mini truck hit the two-wheeler on which a youth and an old couple were travelling. While the youth and the old man died on the spot, the woman sustained grievous injuries in the accident and was admitted to Bargarh hospital for treatment.

The trio was identified as residents of Siria in Chhattisgarh, sources said.

The driver of the mini truck fled the spot and went absconding soon after the road mishap.