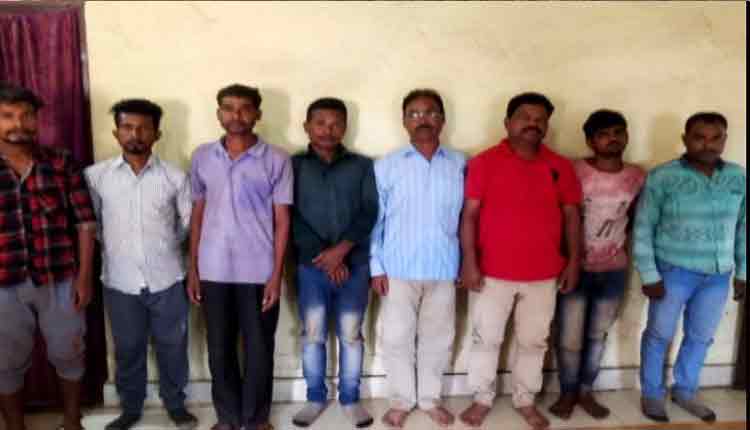 Keonjhar: In a crackdown on mining Mafia, police arrested eight persons on charges of extracting manganese illegally from a forest near Katasahi under Rugudi police limits in Keonjhar district today.

Acting on a tip-off, a police team conducted a raid in the area this morning and intercepted two trucks smuggling the raw materials. When the trucks did not stop, the cops got suspicious and chased the vehicles. Later, the cops detained the two vehicles that had number plates of West Bengal and arrested eight persons.

Besides, the cops also seized a SUV with number plate of Jharkhand, a motorcycle, eight mobile phones and Rs 1 lakh cash from their possessions. It is suspected that the arrested persons have links with mining Mafia outside the state.

Further investigation is on in this connection.

Coronavirus droplets could travel up to 27 feet: MIT scientist