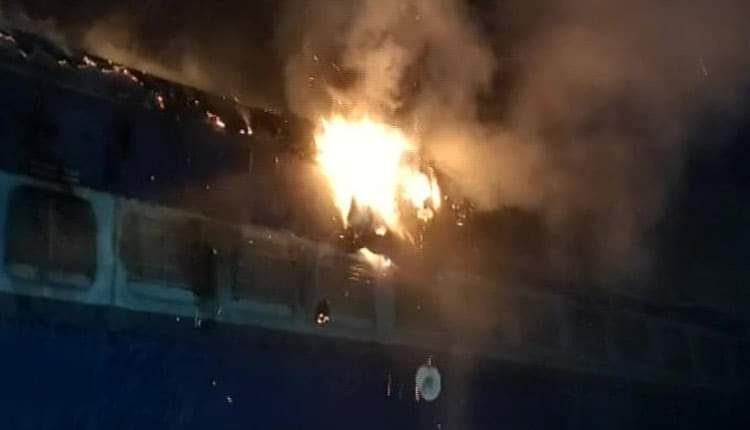 Paralakhemundi: A minor boy was charred to death while taking selfie after climbing atop a train bogie at Paralakhemundi Railway Station in Odisha’s Gajapati district today evening. The incident occurred at around 7:30 PM today. The deceased was identified as P. Surya Kumar (13) from Gaurachandra Sahi in Paralakhemundi.

An eyewitness said five youths were taking selfies near a train bogie at at Paralakhemundi Railway Station. Later one youth climbed atop the train bogie and was burnt to death after coming in contact with the overhead wire. Later, the train bogie also caught fire.

After receiving information, the fire brigade reached the spot and doused the flame. The GRP detained three youths while another one managed to escape, the eyewitness added.

In a statement the Railways said two of the deceased’s friends who were on the ground received minor burns and have been treated.

“The jute mat that covered the roof of the coach caught fire and the fire has been extinguished after fire brigade reached the spot,” the statement added.

A joint action group (JAG) committee has been constituted by the Division Railway Manager, Waltier to investigate the incident.

Worth mentioning, 19 isolation coaches were stabled on the route no.02 of the railway station. The particular coach was around 100mts away from the station.