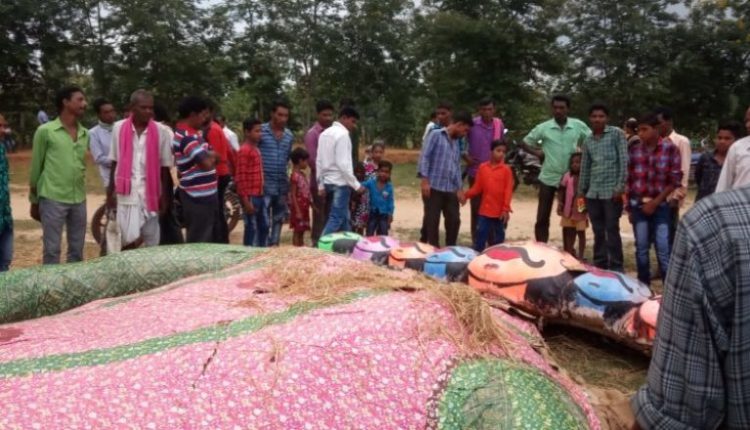 Nupada: A minor boy was injured critically after the effigy of demon king Ravan during the preparation for ‘Ravan Podi’ fell on him in Kandetara village under Komna police limits in Nuapada district today afternoon.

Reportedly, when the Ravan effigy was being erected in a village ground, it fell accidentally on the minor boy playing nearby along with his friends. The injured boy, Jogeswara Satnami was admitted in the local hospital. However, after his condition worsened, he was shifted to Nuapada district headquarters hospital.

Till the filing of this report, no police complaint was lodged in connection with the incident.