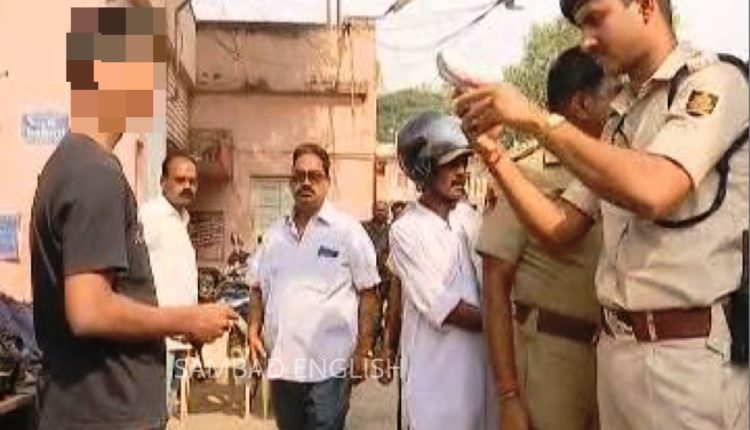 Cuttack: A minor boy today violated traffic rule at Madhupatna Chhak in Odisha’s Cuttack city while his father was fined for the offence.

The boy was driving a two-wheeler without wearing helmet. This apart, he was talking on mobile phone while doing so, reports said. A fine of Rs 6,000 was imposed on the father of the offender.

The Twin City Commissionerate Police had earlier clarified that if minors are found driving vehicles, their parents will be penalised.

Worth mentioning, though the State Government has relaxed the imposition of the new MV Act for three months, certain traffic rule violations will still attract penalty during the period.

Odisha to set up new Vigilance Division in Rourkela