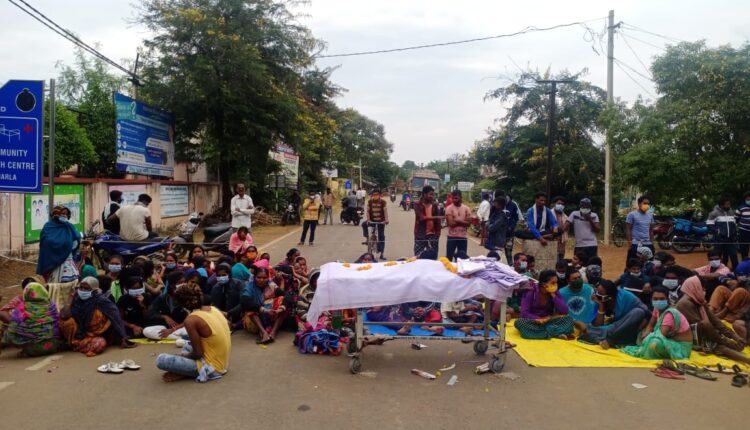 Bhawanipatna: Tension mounted at the Community Health Centre (CHC) at Narla in Kalahandi district today after family members of a deceased minor boy along with locals staged a protest before the hospital alleging that medical negligence led to death of the boy.

Keeping the body of 12-year-old Manoj Senapati, nearly a hundred villagers, including his family members blocked the state highway disrupting vehicular movements between Bhawanipatna and Madanpur.

Sources said Kaibalya Senapati of Jayantinagar area under Narla block took his son Manoj to the CHC last night as the latter was suffering from abdomen pain.  An on-duty nurse administered two  injections to the minor and asked them to go back to their house. After some time of reaching house, Manoj’s health condition deteriorated, following which Kaibalya again rushed him  to the hospital.

Following a check-up, doctors at the hospital referred the minor to another hospital. However, the boy died in the CHC after a while.

Alleging medical negligence, family and  relatives of the deceased along with other locals staged the protest outside the hospital keeping the body on the road this morning. The agitators also shut the main gate of the hospital as a mark of protest.