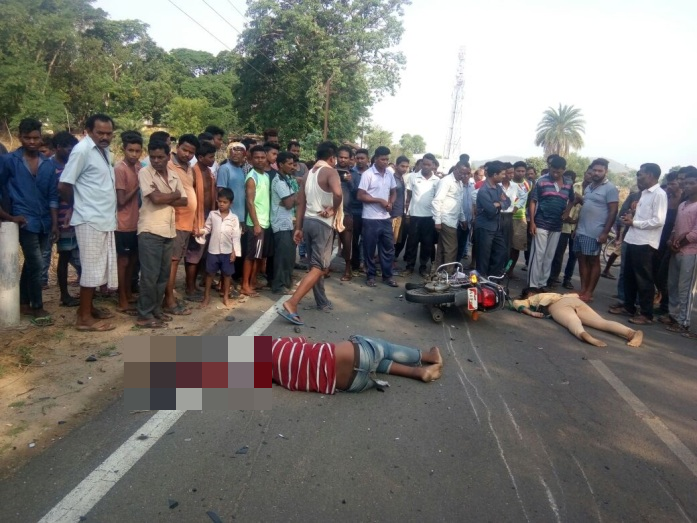 Rourkela: In a tragic incident, two minor brother and sister were killed in head-on collision between a truck and bike near Balishankara block office in Sundergarh district here this morning.

The deceased were identified as Manas Baccha (14) and his elder sister Anjali Baccha (17) of Telijor village under Balishankara block.

The incident occurred in the morning when two were moving to Sundergarh on a bike.

According to reports, the bike on which the brother-sister duo was travelling collided head-on with a truck while overtaking another truck near Balishankara block office. They died on the spot.

Following the incident, the irate locals staged road blockade demanding compensation for the kin of the deceased.

The vehicular movements were affected due to agitation by the locals.

6 injured after car collides with mini-truck in…