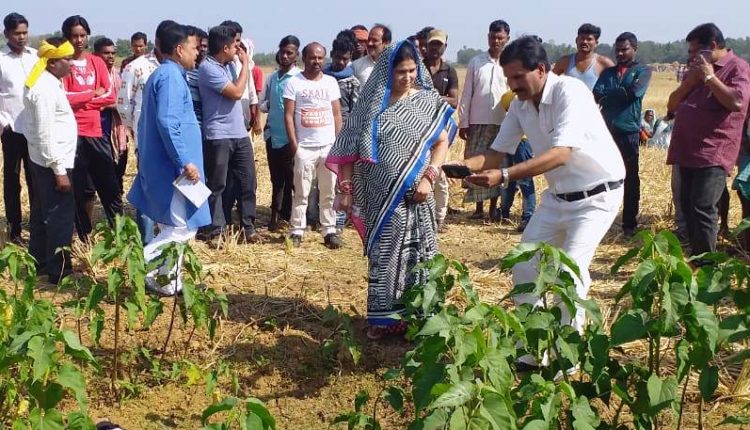 Nabarangpur: The body of a minor girl, who went missing in Gumandali area under Kosagumuda block in Nabarangpur district last night, was recovered from a farmland in the the locality this morning.

Family members of the deceased alleged that she has been raped and murdered by some miscreants last night.

Sources said after returning from a cultural festival, the girl went outside for urinating at around 8 PM yesterday and did not return after that. Family members along with other locals searched for her everywhere till late night, but in vain. This morning, a group of women first spotted her body on a farmland around half-a-kilometer from the village and informed her family members. Since two jeans pants were found besides the body, which also bore several injury marks, family members of the deceased alleged that the minor has been raped and killed by some miscreants.

Meanwhile, Kosagumuda police reached the spot and launched an investigation into the incident.