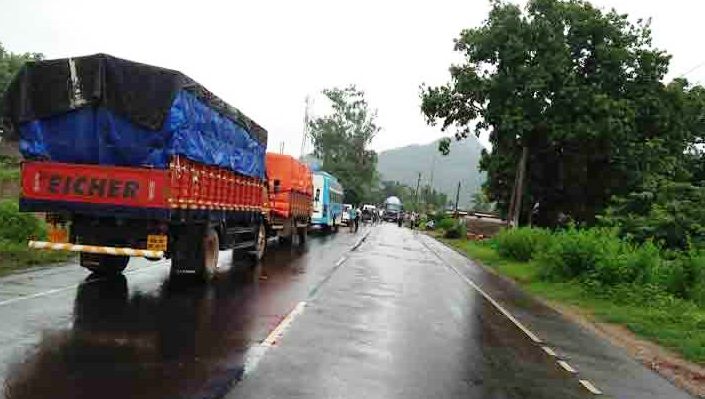 Bhawanipatna: In a tragic incident, a minor girl was killed after being run over by a truck at Nunmath village in Kalahandi district today. The deceased has been identified as Sasmita Sahu, a resident of Bogada area under Kesinga police limits.

Sources said Sasmita had gone to Kesinga village with his father this morning. Midway,  Sasmita went to buy a biscuit While her father was standing on roadside. While she was crossing the road, a truck coming from Balangir ran over her killing her on the spot. Soon after, the driver fled leaving the vehicle on the spot.

Tension prevailed in the area following the mishap after irate locals blocked the road demanding compensation for family of the deceased. Several vehicles were stranded on both sides of the road due to the protest.

On receiving information, police reached the spot and seized the truck. The cops were pacifying the angry locals till last reports came in.

One dead, another critical as truck mows down motorbike in…