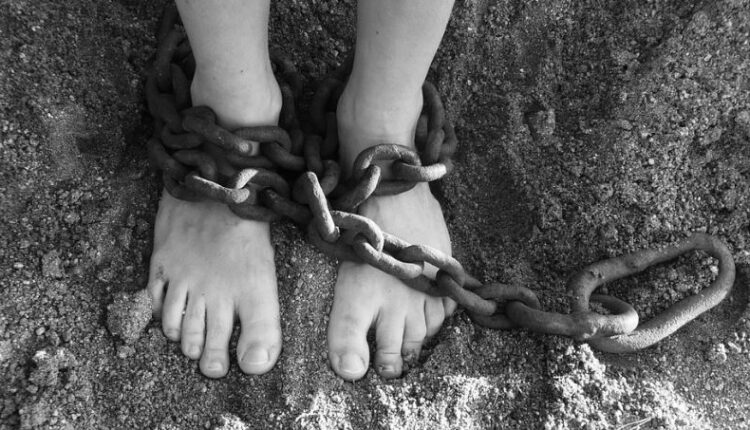 Lucknow: A 17-year-old girl managed to escape from the clutches of human traffickers when she took advantage of a traffic jam and raised an alarm on the outskirts of this city.

The traffickers had allegedly “bought” the girl from her uncle in Kushinagar and were taking her to Badaun in an SUV when they were caught in a traffic jam.

The girl, sitting on the back seat of the vehicle, saw some policemen and raised an alarm.

Traffic police personnel intercepted the vehicle and called the local police from the BBD police station.

All the passengers in the vehicle were taken to the police station where the girl narrated the entire story.

Traffic sub-inspector Satyendra Bahadur Singh said: “The police team was deployed for the diversion duty. Suddenly, we heard the cries of a girl calling for help. We immediately surrounded the vehicle and asked the girl to come out. She told us that her uncle forced her to sit in the SUV and the other four passengers, including a woman in it, are taking her to Badaun against her wishes”.

At the police station, the four persons in the SUV identified themselves as Asha Gautam, Karan Gautam, Om Pal and Panchu Ram Sharma.

Additional deputy commissioner of police, East Zone, Syed Ali Abbas, said, “During interrogation, they confessed to having bought the girl for Rs 80,000 from her uncle and were taking her to Badaun to sell her off to a client for marriage.”

“The girl told the police that her father is physically challenged and lives with his second wife in Gorakhpur and had sent her to live in Kushinagar with her uncle,” he added.

Deceased’s sister not eligible for job if wife is alive: Allahabad HC