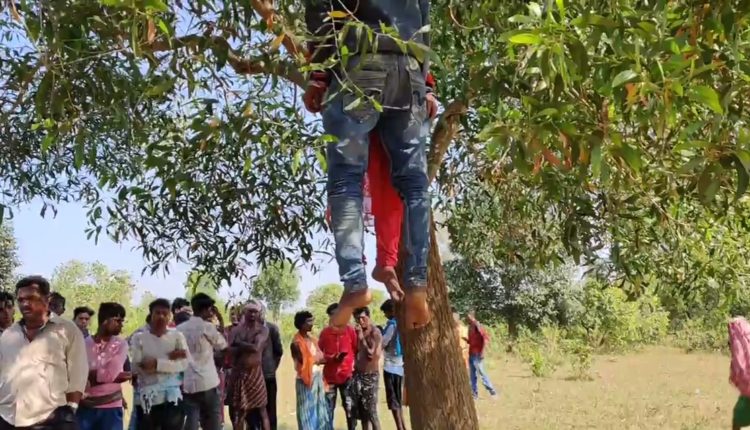 Koraput: A minor girl and youth were found hanging from a tree under Borigumma block in Koraput district today.

The deceased duo was the residents of Kundraguda village.

The locals spotted the bodies hanging from a tree with a long scarf.

According to reports, the youth had gone outside his home at around 2.00 am on Sunday. He was found hanging along with a minor girl from a tree in the morning.

The villagers suspected that the two, believed to be lovers, committed suicide.

However, the reason behind their death will come to light following a probe, police said.