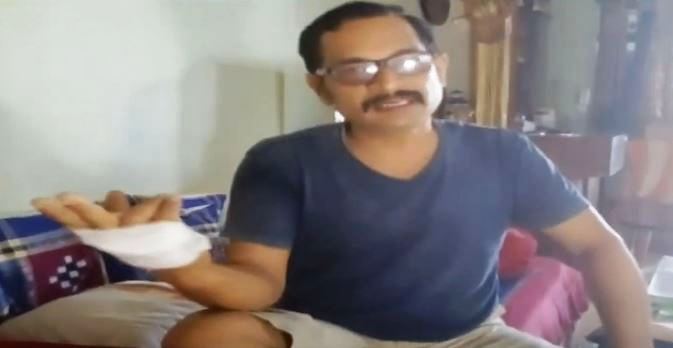 According to reports, the victim was plucking flowers in the locality this morning when two persons came on a scooter and launched an attack on him using a sword. In a bid to save himself, the engineer held the weapon tightly with his hands and sustained injuries in the process.

The miscreants, who had attacked him with an intention of loot, eventually fled the place as they couldn’t overpower his resistance.

Earlier on October 20, a 70-year-old woman was allegedly looted of gold ornament in the same area of the city when she was plucking flowers in the morning.