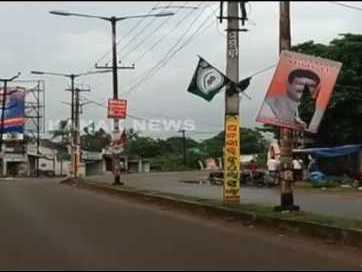 The posters and banners were found torn up and burnt in several places including old bus stand of the town yesterday night. The leaflets were also found criticising the BJP on several issues.

BJP’s Mishran Parva is scheduled today in Kendrapara where Union Minister Dharmendra Pradhan will attend the event. Kendrapara NCP leader Utkal Keshari Parida is likely to join the saffron party at the programme.