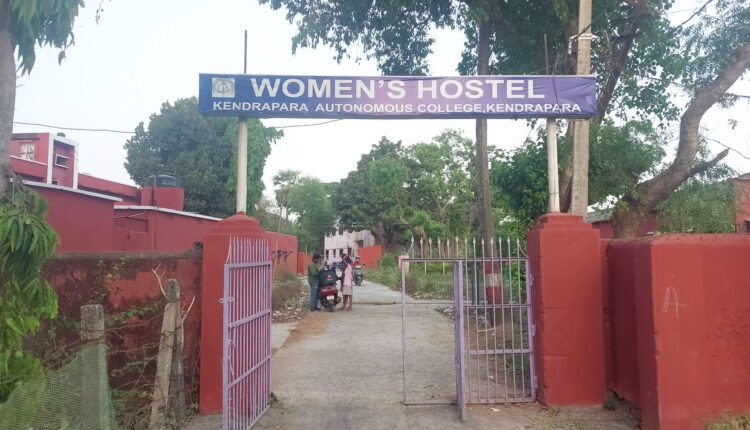 Kendrapara: Unidentified miscreants allegedly entered the Women’s Hostel of Kendrapara Autonomous College and misbehaved with the inmates besides stealing money and mobile phones.

According to reports, the accused scaled the boundary wall of the college on April 24 night and went inside the hostel from backside to avoid security guards deployed at the main gate.

They broke the windows of several rooms in the hostel and misbehaved with three girl students. This apart, the wrongdoers tore clothes of the inmates, and looted Rs 2500 and mobile phones.

Next morning, the victims reported the incident to Hostel Superintendent Purnimasi Panda, who allegedly took the matter lightly and blamed the inmates.

Tension ran high on the college premises as the students staged protest in front of the office of the principal demanding action against the superintendent. The college authorities then replaced Panda by appointing Minatiprabha Jena as the new superintendent.

“We have taken the matter seriously. The old fencing wires on the boundary wall will be removed and new ones will be installed. Security measures will be tightened for the safety of the students” said Principal Rajendra Prasad Tripathy.

On the other hand, police have started investigation into the incident by questioning the hostel inmates. Efforts were on by cops to identify and nab the miscreants.

Parag Agrawal to get $42 million if terminated as Twitter CEO