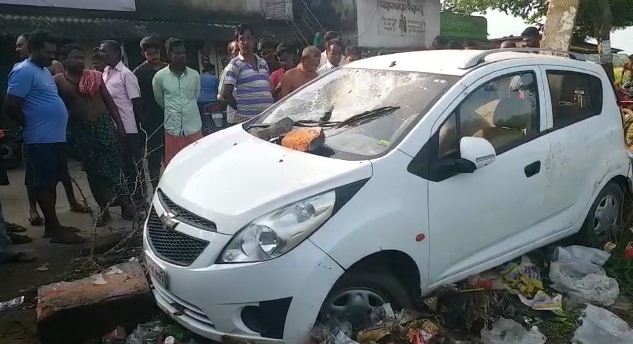 Puri: A youth was allegedly hacked to death by miscreants in front of his father at Alasahi village under Astaranga police limits in Odisha’s Puri district, last night.

The deceased has been identified as Dillip Swain, son of Sadhu Swain.

According to reports, the assailants attacked the father-son duo when a meeting was underway at the village to resolve a dispute. Both sustained critical injuries and were admitted to a hospital, where Dillip succumbed to his injuries.

On the other hand, Sahu and two others, who were also injured in the attack, have been shifted to Bhubaneswar for better treatment.

Police have started investigation into the incident and efforts were on to nab the accused, who absconded after the incident. A damaged car having blood stain on its bonnet and a knife have been seized from the spot.

Animals Sacrificed At Chhatar Jatra In Odisha Despite Restrictions