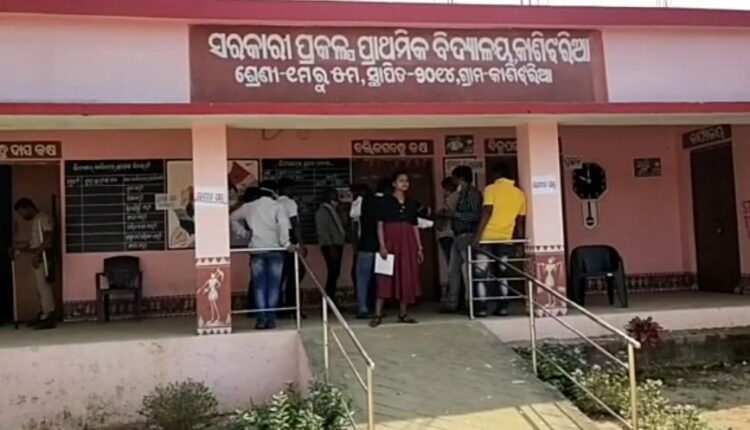 Puri: Unidentified miscreants allegedly looted ballot box from a booth at Kashijharia village of Chapamanik panchayat under Brahmagiri block in Odisha’s Puri district during the first phase of panchayat polls in the state, today.

According to reports, the incident took place at booth no. 9 in the village around 10.30 am when a youth went inside the polling booth on the pretext of casting vote.

He snatched away the ballot box, ran away from the spot, and threw it outside the boundary wall. His associates who were waiting there took the ballot box and ran towards the nearby forest.

The intention behind the act by them was yet to be ascertained. On being informed, Brahmagiri police reached the place and started an investigation into the incident.

Efforts were on by cops to identify and nab the wrongdoers, and trace the ballot box.

The concerned presiding officer said that some locals had come to the booth in the morning and told him to allow the presence of two villagers at the booth during the polling. However, he rejected their proposal.

It is being suspected that some of the villagers are involved in looting the ballot box.