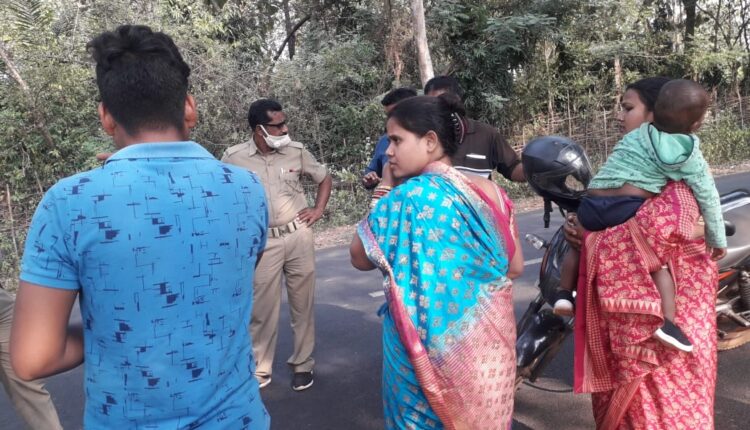 Baisinga: The miscreants looted gold ornaments from two women threatening to kill a toddler in broad daylight on a main road of Manatri area under Badasahi police limits in Mayurbhanj district.

The accused persons fled the spot following the incident.

According to reports, a woman along with her 2-year-old baby and younger sister was travelling on her two wheeler today. Two miscreants near Kuradhia Farm House cut off her passage by hitting her head. They succeeded to snatch a mangalsutra from her neck. While they were trying to loot a gold chain from her sister, the victims defended them.

Reacting to it, the miscreants took the little child from lap of her younger sister and threatened the mother to kill him. Later, they ran away with gold chain of her sister.

On receiving information, the police reached the spot and initiated probe into the incident.