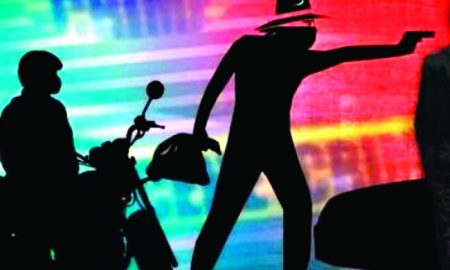 According to reports, four persons arrived in a car and two of them entered inside the jewellery shop around 9.30 pm. They threatened the shop owner at gunpoint and looted gold ornaments worth over Rs 2.5 lakh.

While the wrongdoers were trying to flee the spot in the car after committing the crime, one of them failed to board the vehicle and was nabbed by locals, who thrashed him and handed him over to police. He has been identified as S Surya Rao (27) of Ganjam district.

Markat Nagar police have started investigation into the incident. Preliminary probe revealed that members of the looter gang hail from Ganjam and they had procured guns from Bihar, police sources said.

Efforts were on to trace and apprehend others involved in the robbery.