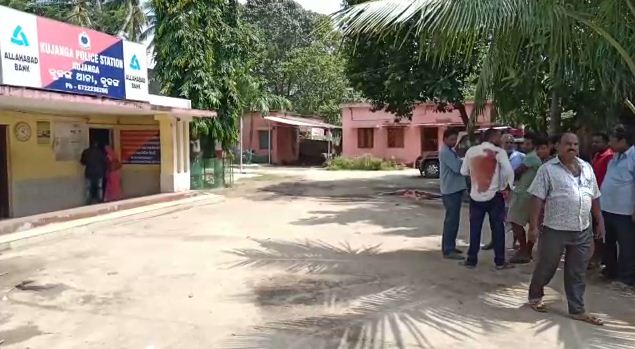 Jagatsinghpur: Miscreants looted cash and gold ornament from a person after launching murderous attack on him near Balitutha Bazar under Kujang police limits in Odisha’s Jagatsinghpur district, today.

Victim Prakash Mohapatra was returning home from his brother-in-law’s house carrying Rs 50,000 around 10 am, when five miscreants attacked him with sharp weapons.

They looted the cash and a gold chain from his possession. Prakash was rescued in a critical condition and admitted to the Kujang hospital. He was later shifted to the SCB Medical College and Hospital in Cuttack as his condition deteriorated.

“The incident was a fallout of past enmity. On the basis of a complaint lodged by the family members of the victim, a case has been registered under Sections 395 and 307 of the IPC. We have arrested an accused and efforts are on to apprehend others,” a police official said.

Odisha: 32 bonded labourers rescued while being trafficked to TN; 2 held

7 UP youth held in Odisha during Army recruitment drive