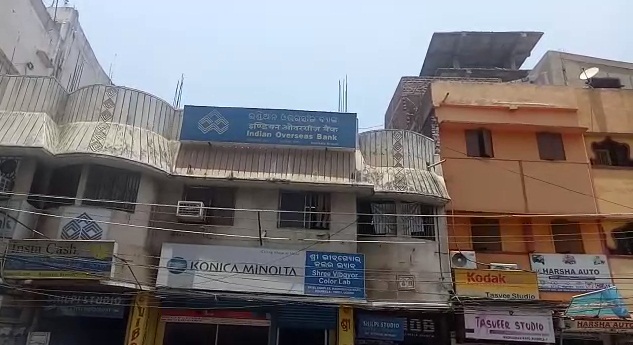 According to reports, around 7-8 persons barged into Indian Overseas Bank, Bazaar Branch here around 10 am. They threatened the bank staff and customers at gunpoint besides thrashing and forcing them to kneel down.

The robbers forcibly took the keys of the bank vault from an employee and decamped with cash reportedly amounting to Rs 44 lakh.

They also took the digital video recorder (DVR) of CCTV cameras with them before fleeing the spot.

On being informed, police reached the bank and started investigation. Several roads have been sealed in the nearby areas to apprehend the looters.