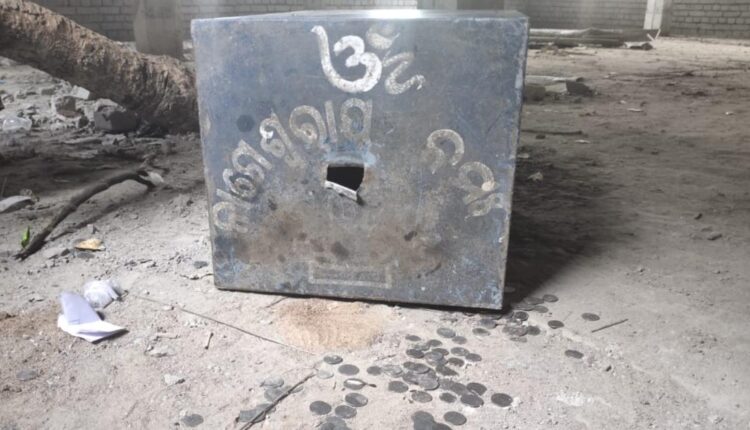 The two hundis were found broken this morning while the cash was missing. It is being suspected that the robbers used a crowbar to break open the donation boxes and looted the money.

The temple authorities have informed the local police about the incident and further investigation by cops was underway.