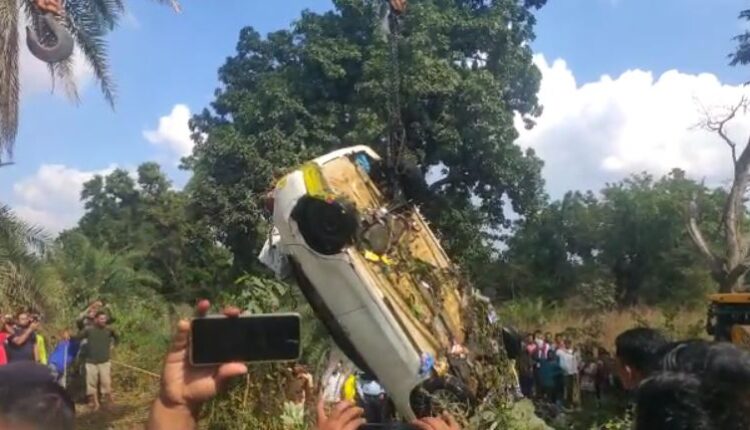 Nabarangpur: As many as four persons from Odisha’s Nabarangpur district, who had gone to Chhattisgarh and went missing, were found dead inside a car, today.

According to reports, the car was found inside a roadside abandoned well while the bodies were recovered from the vehicle.

A crane was used to fish out the car from the well, located around 8 km away from Kanker.

It is being suspected that the driver of the vehicle lost control over the wheels, following which it plunged into the well leading to the death of the four by drowning.

The deceased have been identified as Sapan Sarkar of Umerkote town in the district, his wife Rita, brother-in-law Biswajit Adhikary and relative Hazari Dhali.

All of them had on December 10 gone to Kanker in Chhattisgarh in the car to attend a wedding ceremony.

However, they went missing while returning from the venue in the vehicle. Their mobile phones were found to be switched off when Sapan’s son Navojit tried to contact them.

Their kin had lodged a complaint in this connection with the Kanker police alleging that they were kidnapped.

CCTV footage of a fuel station in Kanker revealed that they had stopped there to refuel the car at around 10 PM on the fateful day.

Flight operations between Chennai and Jaffna resume nearly after 3 years