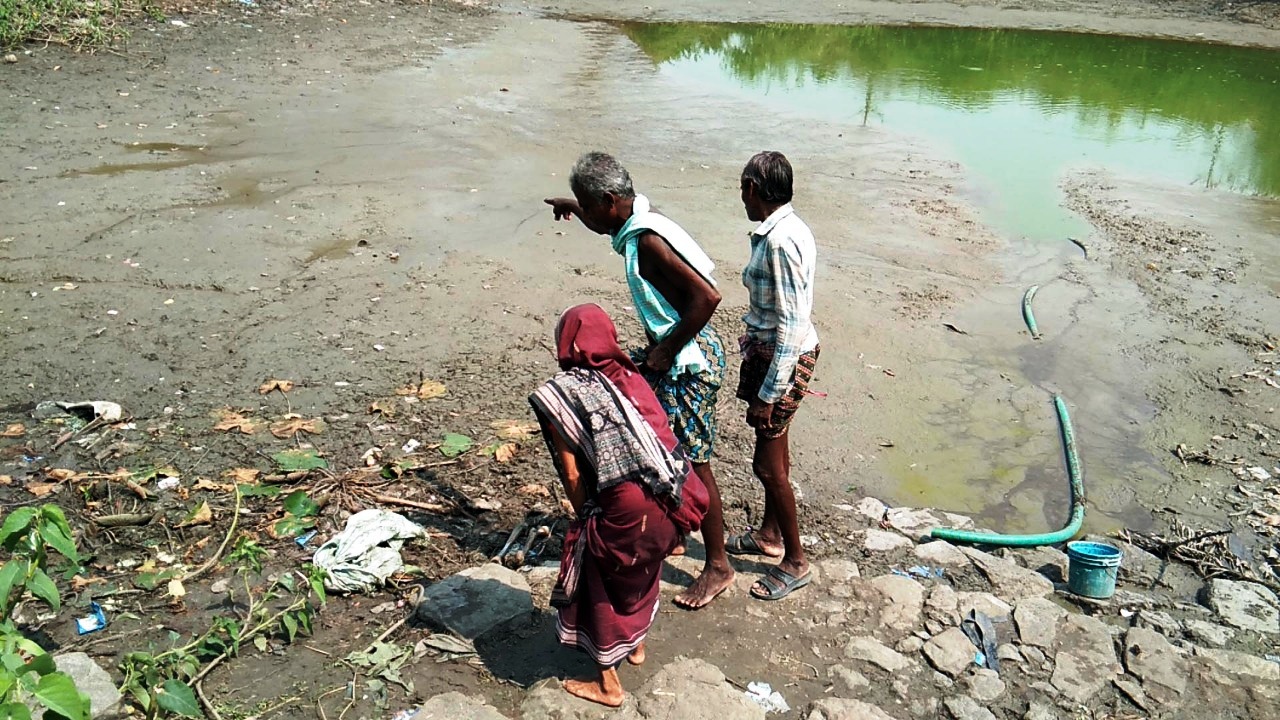 Berhampur: In a spine-chilling incident, the skeleton of a man, who had gone missing around one and a half years ago, wrapped in two gunny bags was recovered from an abandoned pond at Guhalpur village under Digapahandi police limits in Ganjam district yesterday.

The family members of deceased Kalu Pradhan identified the skeleton after finding the mental implants, which were placed in his leg few years ago following a mishap, from the gunny bags along with his shirt.

Sources said some workers while desilting an defunct pond yesterday afternoon found two gunny bags containing the skeletal remains. When the news surfaced, a police team reached the spot and began an investigation.

“Acting on a complaint lodged by Kalu’s wife Sulabha, we have registered an unnatural death case and sent the skeletal remains to hospital for post-mortem. An investigation will be conducted into the incident once the post-mortem report comes in and action would be taken accordingly,” said Digapahandi IIC Gouranga Charan Sahu.

Sources said Kalu, who was a daily labourer, was staying separately with his wife following a family dispute. One and a half years ago, Kalu left his house saying that he was going to Bhubaneswar for work. However, he went missing after that.

Though the exact reason behind the death is yet to be ascertained, police suspect it to be a pre-planned murder.