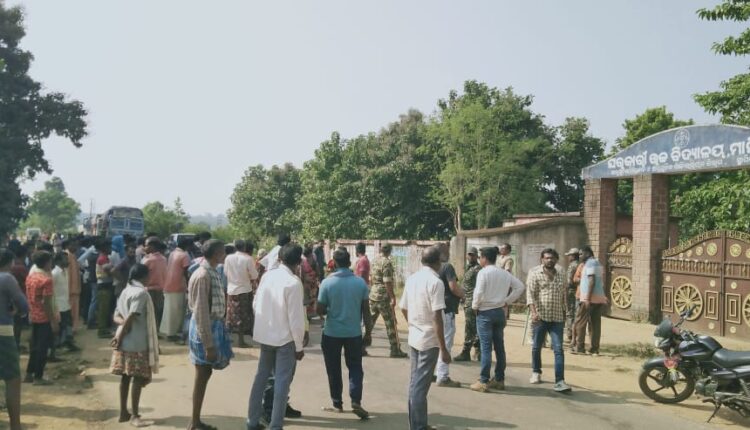 Nabarangpur: A class-X student of Manigaon Government High School under Dabugam police limits in Odisha’s Nabarangpur district, who went missing yesterday, was found hanging from a tree near the educational institution today.

The deceased was identified as Shankar Harijan of Baunsabeda village in Dabugam block of the district. He was a hostel inmate of the school.

According to reports, the minor boy went missing yesterday morning, following which his parents lodged a complaint in this regard with the police.

Shockingly, his body was found hanging from a cashew tree with a belt near a river behind the school.

Tension ran high as family members of the deceased staged road blockade in front of the gate of the school holding the authorities responsible for his death.

Movement of vehicles between Dabugam and Maidalpur was affected due to the incident.

On being informed, police reached the spot and initiated efforts to take the situation under control.

Sanjay Raut gets bail after 101 days in jail

Bhubaneswar: 8 arrested for attacking rationalists over ‘Biryani on Chandra Grahan’