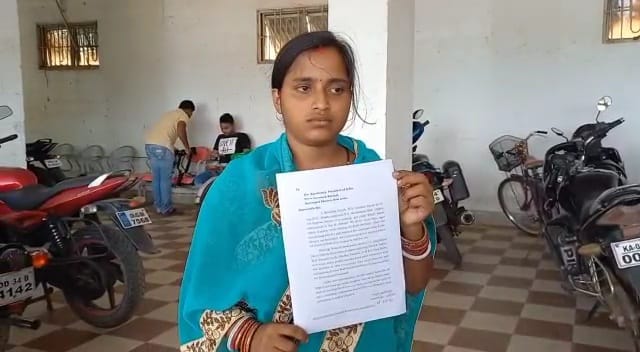 Jajpur: Failing to find her daughter even after 20 months of her missing, the hapless mother of toddler Pihu has written to the President of India seeking permission for euthanasia.

It is pertinent to mention here that Pihu of Madhusudanpur village under Binjharpur police limits in Jajpur district went missing on August 9 in 2020, when she was just two-year-old. She went missing while playing in front of her house.

From Binjharpur police station to DGP office to Chief Minister’s Grievance Cell, Pihu’s mother Monalisa Nayak knocked the doors of officials seeking help to find her daughter, but in vein. The team formed by Jajpur SP Rahul PR has failed to trace the little girl.  She had also approached the Additional District Magistrate (ADM) seeking a a CBI inquiry into the matter.

With no ray of hope in sight, Monalisha submitted a memorandum to the district Collector addressing the President seeking his permission for euthanasia, where a person is killed usually by administering an overdose of pain killers.

“I have been running from pillars to post seeking justice for the last 20 months. I also have demanded a CBI inquiry into the incident, but all my pleas have fallen on deaf ears. I can’t live my life without my daughter, hence I seek permission from the President for euthanasia,” said Nayak.

On the other hand, the district police said five investigating teams have been formed and the search drive has been intensified to find the girl at the earliest.