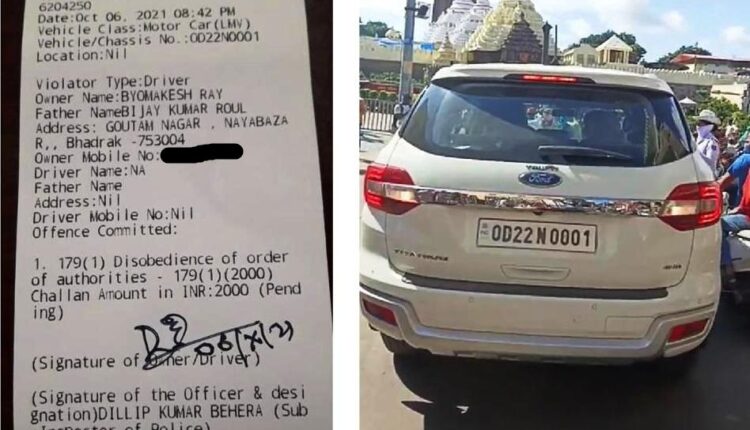 Puri: A fine of Rs 2000 has been imposed on Chandbali MLA Byomakesh Ray as his car was found parked in front of the Shree Jagannath Temple in Odisha’s Puri, yesterday.

The legislator was fined by the Odisha Traffic Police for the offence ‘disobedience of order of authorities’. Worth mentioning, the area in front of the Shree Jagannath Temple is a no-parking zone.

According to reports, a local youth spotted the car being parked at the place and questioned the concerned police personnel as to how the vehicle was allowed for parking in front of the temple.

He later posted a video of the incident through Facebook Live. The clip soon went viral on the social media platform.

The MLA had yesterday gone to the temple for having darshan of the deities, reports said.