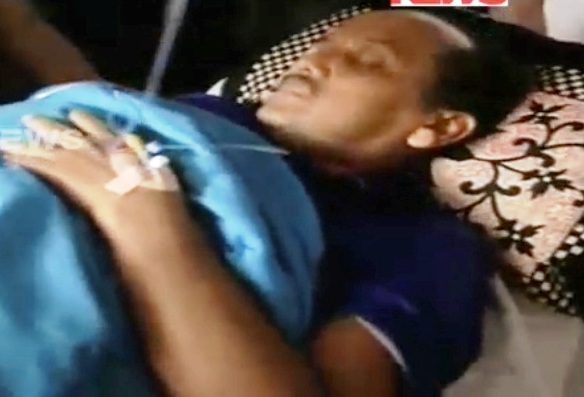 Bhubaneswar: BJD’s Choudwar-Cuttack MLA Pravat Biswal, who was arrested by CBI in connection with the Seashore Group chit fund scam and later admitted to Capital Hospital here, has been shifted to SCB Medical College and Hospital in Cuttack for better treatment.

“A medical team consisting Orthopaedic, Medicine, Surgery and Cardiology specialists was formed for the treatment of the MLA. The team today opined that Biswal should be shifted to SCB Medical College and Hospital for better treatment in Neurosurgery due to ‘nerve compression’ over his back surgery which was conducted earlier. We have referred him to SCB hospital,” said Capital Hospital director.

The legislator was admitted to Capital Hospital on September 22 night after being examined by doctors at Jharpada Special Jail here.

“The MLA looks sick and we wanted to keep him in ICU. As there is no vacancy in central ICU, we have kept him in coronary ICU as pain in abdomen can also be a manifestation of cardiac problem,” said SCB superintendent Shyama Kanungo.

Notably, the MLA was under scanner over a land measuring 34 Guntha at Benapur mouza in Jajpur. Seashore CMD Prashant Dash had paid Rs 25 lakh for the land in cheques in April 2012, the rest amount was to be paid after registration. However, Dash had cancelled the deal later and wanted his money back, sources said.