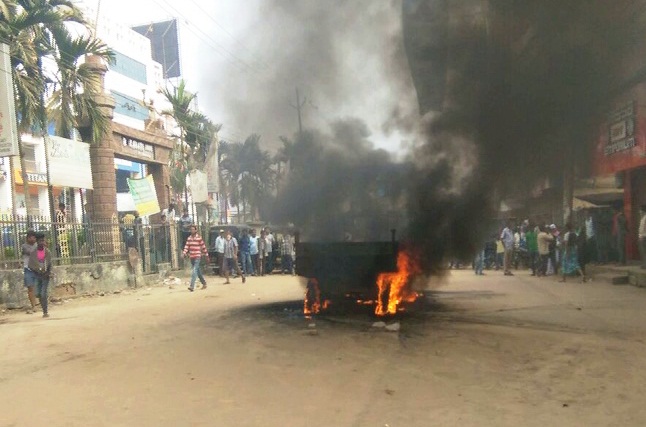 Police personnel have been deployed in Odisha’s millennium city after violence broke out following death of a child in Daragha Bazar area here this morning.

A minor boy from Sutahat area was crushed under the wheels of a tractor this morning at around 9.00 am. The 10-year-old Qaid Ali was hit by the tractor near the police station.

The mob pelted stones at the police station in which at least three police personnel were injured. Police jeep was also damaged in the incident. In a bid to control the mob, police had to resort to lathi charge to quell the protesters.

The injured cops have been admitted to City Hospital here where they are undergoing treatment.

Cuttack DCP Sanjeev Arora reached the spot and held discussions with the local residents. Arora urged people not to take to violence.

Meanwhile, three platoons of police force have been deployed in Daragha Bazar area to maintain law and order.

The driver of the tractor fled from the spot after causing the accident.