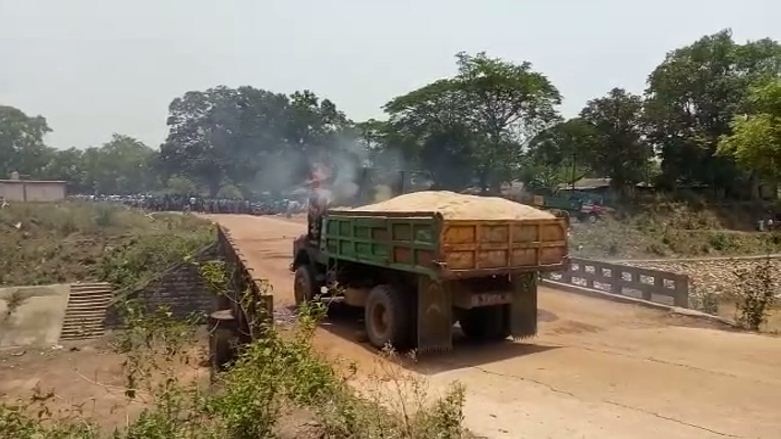 Irate villagers today set ablaze a dump truck after a woman was killed and her husband was critically injured in Keonjhar district of Odisha.

The sand-laden dump truck hit the motorcycle the couple was travelling on killing the woman on the spot.

The deceased has been identified as Rimarani Swain and the injured as Jagannath Swain of Padarua village in the district.

According to reports, the sand loaded truck hit the two-wheeler under Soso police station limits when they were on their way to Bidyadharpur.

While the wife died on the spot, the husband has been admitted to a local hospital in a critical condition.

His health condition is stated to be critical.

While tension prevailed in the area, the mob torched the vehicle and staged a road blockade demanding compensation.

However, the drive of the vehicle fled the spot following the incident.