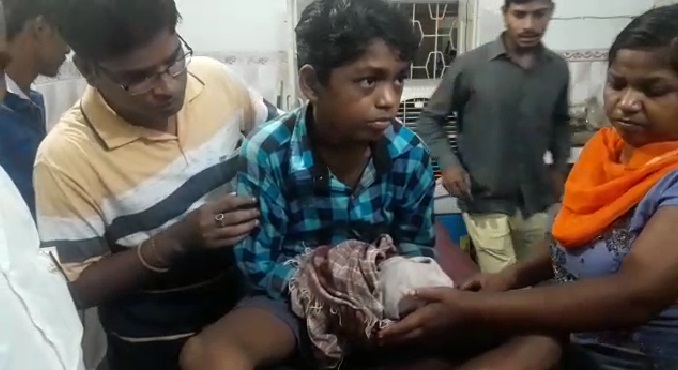 Bargarh: A minor boy sustained critical injuries after a mobile phone battery charger, through which he was charging his cell phone’s battery, exploded at Hatikhuja village under Ambabhona police limits in Odisha’s Bargarh district.

The victim, identified as Mahesh Pradhan (14), a class-IX student, was initially admitted to the Bargarh district headquarters hospital and later shifted to VIMSAR in Burla for better treatment.

The mishap took place while Mahesh had installed his mobile phone’s battery in a charger after removing the cell from the communication device. He sustained grievious injuries on his palm under the impact of the blast.

His condition is stated to be stable now after treatment, sources said.