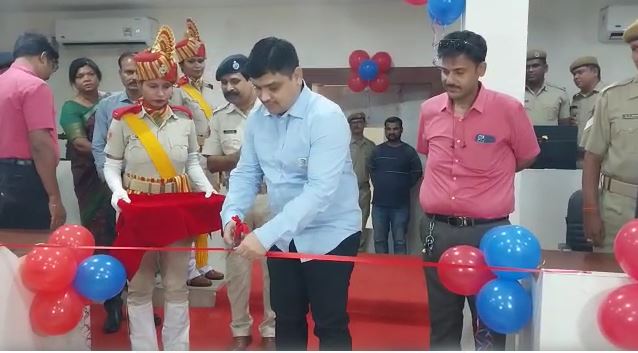 Cuttack: The Commissionerate Police today opened a modern control room at the office of the Deputy Commissioner of Police (DCP) here to monitor footage from around 200 CCTVs installed at various places in the Silver City.

DCP Pinak Mishra inaugurated the control room in the presence of senior officials of the Commissionerate Police.

The control room has been opened to step up surveillance during the upcoming Dussehra festival. Trained personnel have been deployed at the control room to monitor CCTV footage round-the-clock, said an official.

“The Commissionerate Police has so far installed 201 CCTVs across Cuttack city for surveillance purposes. It has planned to install another 100 CCTVs at some strategic places within a week to step up security ahead of the Dussehra festival,” said the official.

“The city will have at least 500 CCTVs at its vantage points ahead of the Dussehra festival. Our officials will monitor the footage to keep tab on anti-social elements and traffic-related issues during the festival,” added the DCP.